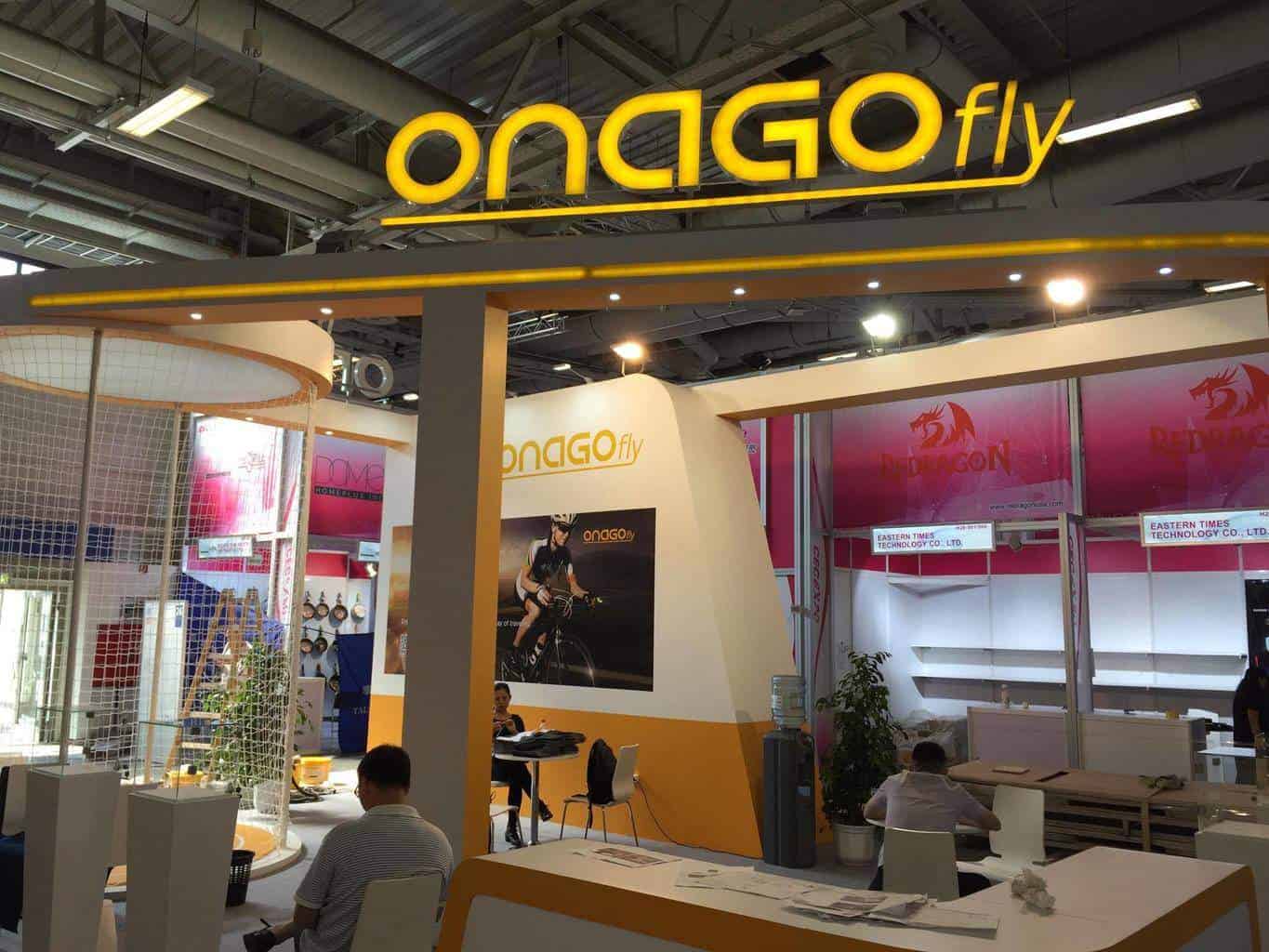 The IndieGoGo Crowded OnagoFly (Acumen Robot) has continued to disappoint backers but the company now appears to have ceased all technical communications/releases, despite their appearance this week at the German IFA Electronics Consumer event where they showcased their latest product, the “OnagoFly 1 Plus”.


The next ‘Zano’ may be upon us as OnagoFly have gone ‘radio silent’ on their patient backers. Despite their continuing failure to deliver a working product, OnagoFly are attending the Germany based IFA event this week with a large and impressive looking stand, possibly funded through the money of loyal backers.

OnagoFly are also due to exhibit at the ‘InterDrone’ show in Las Vegas mid-month, showcasing OnagoFly as a ‘Gold’ exhibitor, this will not have been cheap.

The OnagoFly campaign raised $3.5m via the IndieGoGo Crowdfunding platform and initial signs were positive when even we tested OnagoFly for viability, although we also encountered significant problems which we demonstrated via our two comprehensive reviews.

OnagoFly is plagued with inconsistent issues, some fly, many do not and for those which do, the video footage is unstabilised despite assurances by Dr Wei (Director of R&D) that EIS (Electronic Image Stabilisation) was being developed for addition to its firmware.

Backers have taken to ‘surgery’ on their OnagoFly units as a last ditch effort to get it flying, some installing custom power switches to overcome usability issues, others configuration custom flight controllers.

Promises of a “Weekly Live QA” session to address backer concerns were also broken, OnagoFly held just a single session in July with no formal or official announcements of progress since. The opening session which was managed and marketed by That Drone Show achieved nothing but to increase user frustration.

Hopes were raised through the promise of regular firmware and app updates but in late July just one update was provided which did not improve the functionality, safety nor reliability of the drone. Once again many backers were left disappointed, particularly as not another update has been released since. In addition, the firmware update software was only released for the Windows platform which has alienated Apple users.

One backer took to the US news station NBC to express his frustrations which fortunately resulted in a full refund.

But the biggest blow for backers has been the discreet reveal of a new drone from OnagoFly (named the F115) which has appeared on various websites including Alibaba and even OnagoFly’s official website, although just recently OnagoFly removed it from their own site.

The theory is growing that this bigger and fuller-featured drone has potentially been funded using revenue raised from backers for the v1.0 product, this clearly would be in breach of the IndieGoGo terms. OnagoFly seem now to be focused on this model instead of resolving the numerous hardware/software issues with the version committed to backers, leaving them with an unusable product.

The plot thickens still, the OnagoFly Fuel Sticks which were also part of the IndieGoGo campaign were first reduced in mAh capacity by half due to suply issues, but they failed to arrive with backers. In the past week, OnagoFly branded fuel sticks have appeared for sale in buk on Alibaba, whilst only a handful have reached their end-users. This could be a sign that the company are trying to sell assets to raise additional funds. The entry on Alibaba has since been removed. 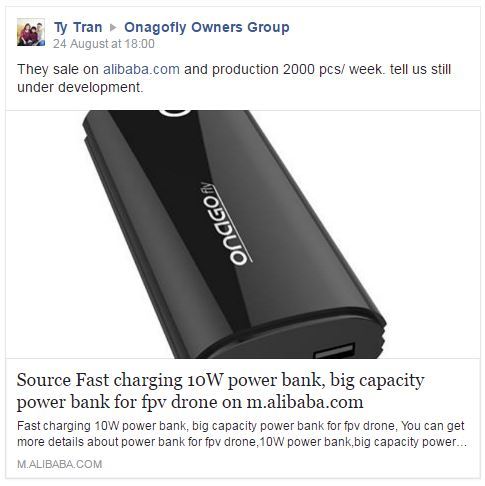 Rumours are circulating that the former CEO of the parent company Acumen Robot ‘Sam Tsu’ has been fired and that other key personnel have also left the company, although OnagoFly staff dispute this claim. Another contact told DroningON that in China, the OnagoFly company and its first product are becoming known as “a complete failure”, a view which is spreading across the industry.

Posts and comments are building on the official OnagoFly Facebook Page which remain unanswered,

If you have invested in OnagoFly, our advice at this time is to seek a refund via IndieGoGo by raising a claim. OnagoFly have failed to deliver on their campaign promises and their recent lack of communication suggests that they have no intention of solving the numerous issues with the current v1.0 model.

With such a poor entrance into the market, it is unlikely that OnagoFly will succeed beyond 2016.

We have asked OnagoFly for comment on all points raised within this article, we are awaiting response.

We have a DroningON contact at the IFA event to provide us with photos of the OnagoFly presence and this article will be updated as we receive further updates.

Be sure to join the DroningON Discussion Group for help or advice concerning your investment in OnagoFly.