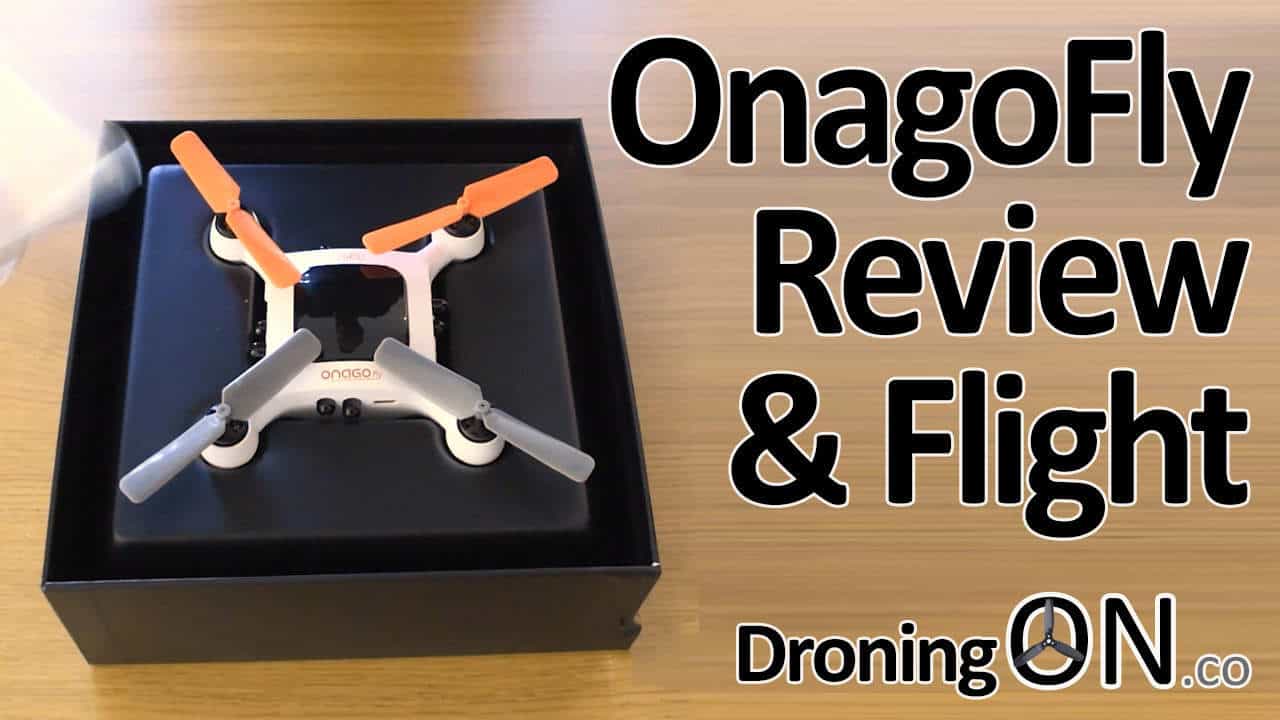 OnagoFly is another IndieGoGo crowd-fund drone. This small form-factor quadcopter rapidly generated sales of over $3.2m (£2.3m) due to its claims of autonomous flight. We received one and gave it some testing!

Around 500 first-generation units were despatched last month to users in the USA, unfortunately this first release was plagued with issues and very few of the units sent took flight.

OnagoFly listened to the complaints from their backers and corrected a number of the problems reported, consequently they launched an ‘Updated v1.0’ which is now the version being sent to backers, it was also offered to the initial 500 as a replacement.

Unfortunately we only realised after our testing had commenced that we had been sent one of the first-generation models, consequently we suffered from a failed battery (one of the reported issues) and an inability to recharge it.

In this review we cover the following:

The Good, The Bad

During our time with testing, the key issues that we  observed were as follows:

Part 2 of our review will be published as soon as our replacement battery arrives.