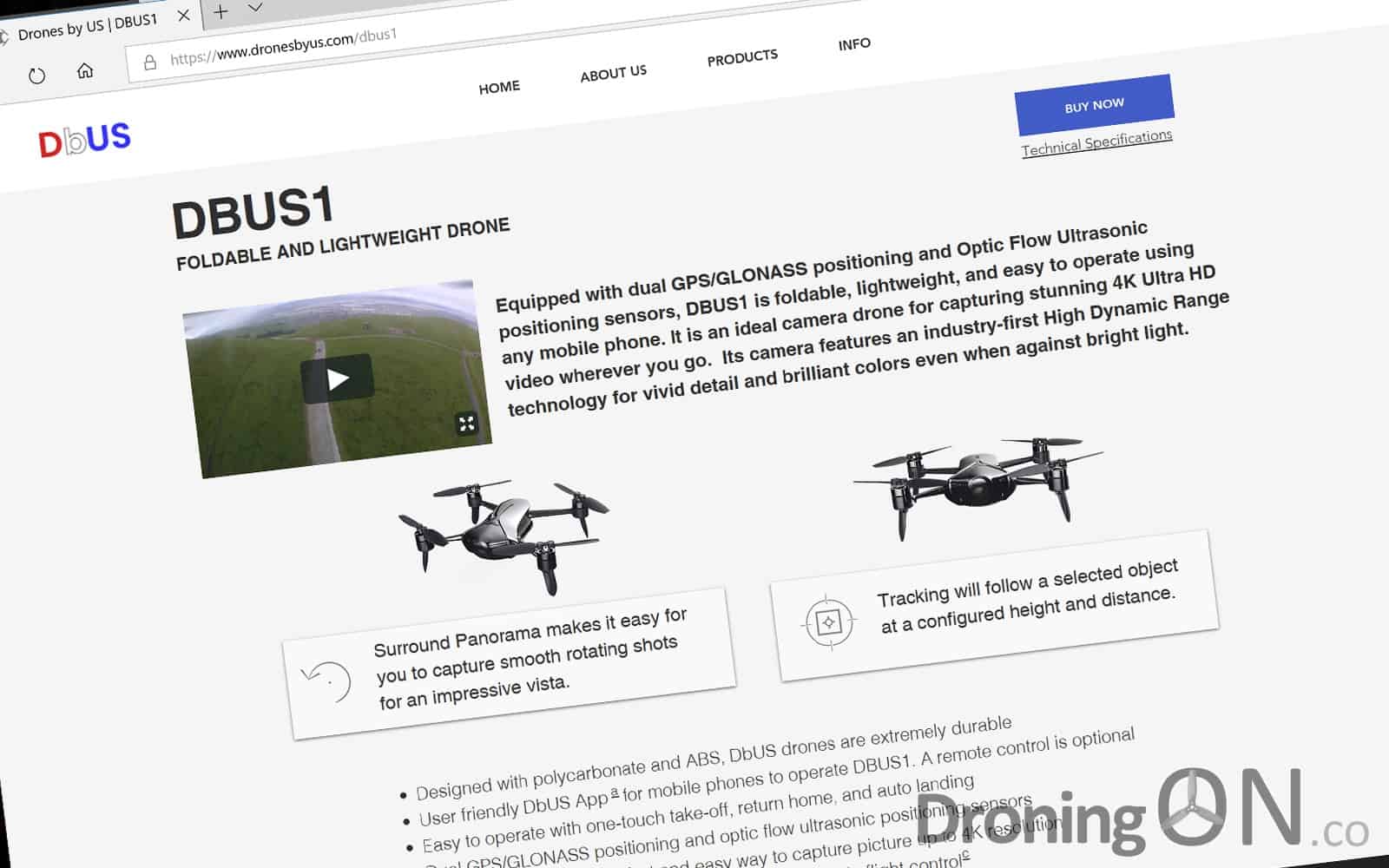 The original Lily campaign left thousands of customers out of pocket, Mota Group tried to pickup the pieces with a rebranded High Great drone, but they too have now vanished but the same team appear to have rebranded as ‘Drones By US’ (DbUS).

The doomed saga continues as consumers are still losing their money on the Lily drone with those distinctive blue eyes.

Following the downfall of the original Lily project, Mota Group acquired the ‘Lily’ name and the extensive customer mailing list in order to offer their own version of the drone named ‘Lily Next-Gen’, a rebranded High Great ‘Take’ product which failed to meet the hype of the original.

Following the rebrand, thousands of excited customers preordered but Mota Group fulfilled only a proportion of those orders, leaving many customers without drones and the majority without their additional accessories (batteries and controllers).

Then in March, Mota Group suddenly disappeared, their Twitter updates ceased and their website went offline, coincidentally a new company aappeared named ‘Drones By US‘, featuring the same management and technical team (shown below), but claiming no affiliation with Mota Group, despite the obvious connections.

Shortly after our exposé video went live, ‘Drones By US’ (DbUS) removed their ‘Our Team’ page from their website, hiding the team responsible for the new company.

Have you been affected by the Lily drone story either through the original campaign, Mota Group or ‘Drones By US’? If so then comment below and share this article for awareness.