Mota Group Relaunch Lily Drone, But It’s Not Lily, Nor Is It Waterproof 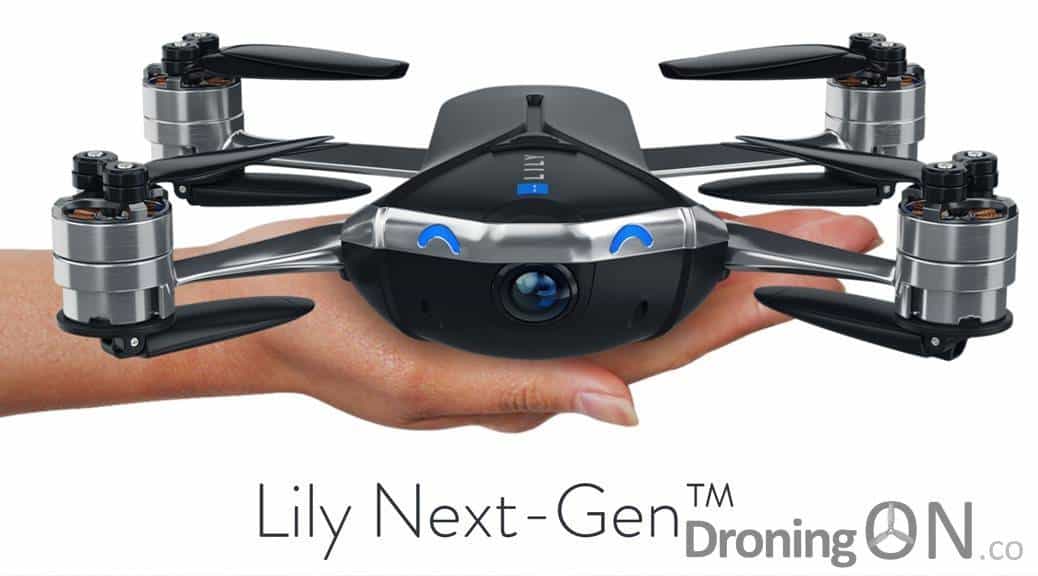 The new video, lasting just 9 seconds, is an animated Lily logo with no accompanying information, but this coincides with the relaunch of the lily.camera website which now offers a new ‘Lily Next-Gen’ drone for sale, but is this really still ‘Lily’?

Customers of the original Lily project have responded to the new YouTube video with fury, commenting to express their anger, but most are missing the fact that Mota Group have not bought the past Lily debt nor do they owe money to customers awaiting a refund, they have only bought the name and the rights to use it.

Sorry, but this is not Lily…

Mota Group bought the ‘Lily’ brand name, marketing materials and customer database, following the demise of the original company. The Mota Group acquisition of the Lily assets has actually helped in providing ex-Lily customers with refunds by bolstering the funds available to DAK Group to distribute to ex-customers.

Mota Group are manufacturers of budget consumer and prosumer-grade drones, it would appear that they have chosen not to utilize any of the original Lily concept and instead have leveraged their new ownership of the Lily brand to attract an immediate customer-base.

But was this aquisition a good idea for Mota, to buy a name which is shrouded in controversy as one of the largest drone-related pre-order disasters of the 21st century.

Mota made a fundamental error…

Mota Group have missed one important key element and we hope that interested parties and potential consumers pay full attention before opting to buy Lily 2017, this new version is not waterproof.

The primary USP (unique selling point) of the original Lily drone, a feature which attracted thousands of customers, was its full waterproofing. The original Lily would in theory have allowed you to drop it into the water and even to take-off again from a floating position.

The new 2017 Lily is not waterproof (according to the current technical specification), therefore dropping it into water will probably kill it, this is a major oversight by Mota Group and one which may mislead customers that have not realised.

Besides the lack of waterproofing, Lily 2017 has some additional differences which we have summarized as follows:

The replaceable battery will appeal to many as this was one of the key design errors of the original. The weight difference is surprising as the drone is the same size as the original in its unfolded state, but less weight is also a positive for flight time and capability.

No further detail is given for the “internal mechanical gimbal” mentioned on the FAQ page, but this is more likely to just be soft-mounting of the camera rather than an actual ‘gimbal’.

The original Lily also had a tracking device, there is no mention of this bracelet element with the new 2017 design which may mean that tracking is only possible via the connected smart device.

When adding the ‘Lily Next-Gen’ to the shopping cart via the redesigned website, there is then mention of a “remote control with screen”, but no imagery is available for this transmitter component.

How much does it cost…

The original Lily drone was expected to retail at $999 following the initial pre-order campaign, the new 2017 version is initially retailing at $499 which is said to rise to $699 shortly after.

Whether the new 2017 Lily is worth this premium price will only be known after initial reviews, at this time there is no video demonstration of the new version, nor any official reviews.

We approached Mota Group and asked about the lack of waterproofing, to which they provided DroningON with the following statement:

[perfectpullquote align=”full” cite=”” link=”” color=”” class=”” size=””]”For Lily Next-Gen, we gathered a user survey between creating a waterproof or less cost and most majority of users chose less expensive. The waterproof creates major restrictions such as significantly heavier, and reduced battery , so altogether it is not waterproof but it is a really good drone with up to 36 minutes (2×18 minutes) batteries, carrying case and 16GB memory with 2017 technology”, Mota Group[/perfectpullquote]

The above statement would seem contrary to the view of Lily customers, almost all of whom purchased Lily because of a specific sports interest, full waterproofing of the drone coupled with a convenient and waterproofed tracking bracelet.

This could be a fairly impressive budget portable drone so long as the waterproofing element is not essential for your needs, but it should be made very clear to pre-order customers of the original Lily project that this drone is not Lily and the differences are fairly significant.

In the meantime please comment below and let us know whether you were a Lily customer, whether the new Lily 2017 drone is of interest to you? How important was the waterproofing element?