In 2015 the Lily drone was one of the most eagerly awaited tech-gadgets to be announced, but the project collapsed before delivering a single unit. Mota Group acquired the name only and have just launched their drone, and we have one for review.

Launched at the World Drone Expo in San Jose earlier this year, Lily Next-Gen is now arriving with customers and so far the impressions are positive of this new drone.

Not to be confused with the original Lily, the Next-Gen model is an entirely new product with 4K capability instead of just 1080p, weighing just 0.4kg instead of 1.3kg and incorporating a selection of other enhancements.

Some customers of the original campaign are still frustrated and hold Mota Group accountable for delivery of refunds, despite Mota Group acquiring only the name and not the debt nor liabilities of the former company. 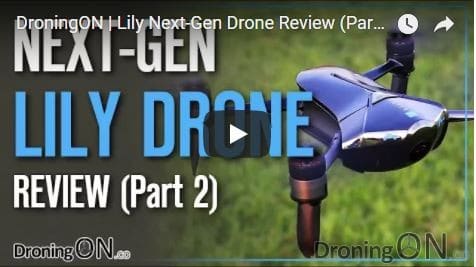 You can only buy Lily Next-Gen directly from Mota Group at this time via their official website, there are two models available:

The full technical specification for the Lily Next-Gen drone is as follows, based on their current published technical information: