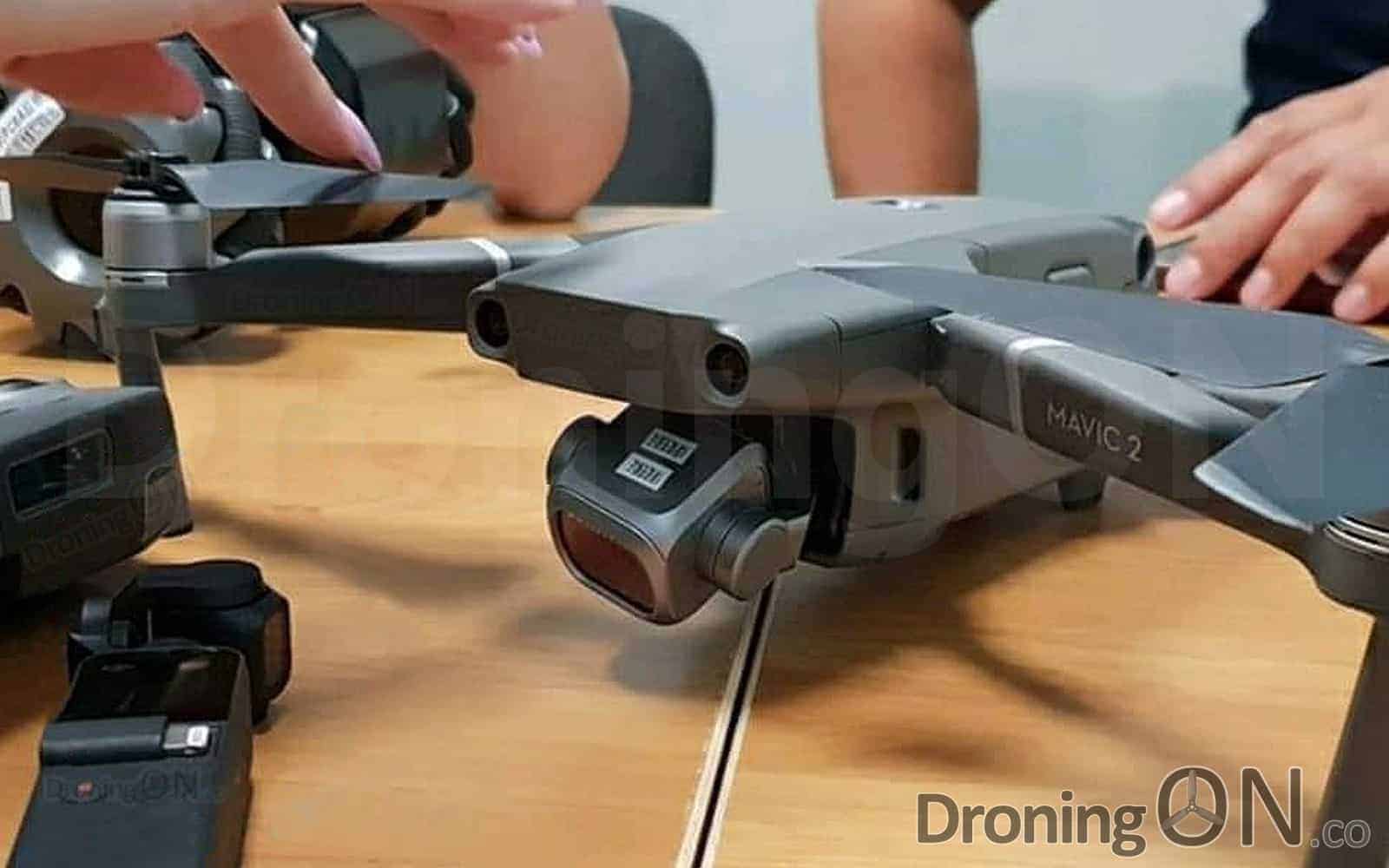 We have just received this photo of what would appear to be the first credible photo of the DJI Mavic Pro 2 in the wild, at this time we cannot confirm its authenticity but it looks pretty convincing.

Amidst the news of the DJI Launch Event being postponed from its original 18th July date (confirmed by DroneValley earlier today), this photo may bring some hope to those that were still pondering the topic of the event.

[perfectpullquote align=”full” bordertop=”false” cite=”” link=”” color=”” class=”” size=””]”According to insiders, this leak was not planned, nor a marketing stunt, DJI are very angry”[/perfectpullquote]

The photo supplied to us via one of our group contacts has no original source at this time, but we will seek to identify the author, it is rumoured however one of the hands in the photo may belong to YouTube tech-reviewer iJustine, although pink nail varnish is popular and we are fairly sure that this is incorrect.

Clearly showing side obstacle avoidance sensors as well as the regular front facing sensors, the branded “Mavic 2” tells us the name of this product. This photo at first glance would indeed appear to be the first full photo of the DJI Mavic Pro 2.

The camera and gimbal have been fully revised in a similar fashion as the Mavic Air but the interesting element is the potentially replaceable nature of the camera, suggested by the secondary camera module circled bottom-left of the photo.

Next to this ‘removable gimbal’ also appears to be some form of portable electrical device featuring an Apple ‘Lightening’ connector, perhaps the gimbal can now dock from the drone into a hand-held device, like the ‘GoPro Karma Grip’ of the ‘Karma’ drone package.

The arms of this drone are also rounded rather than featuring sharp and defined edges as per the original model.

Cooling vents feature at the front quarters of the model and the legs would appear to be deeper, possibly to remove the need for the commonly seen ‘leg extension’ accessories fitted by many owners.

Oddly this model would not appear to feature the new ‘quiet props’ introduced via the Mavic Pro Platinum but this could be an early concept model.

We will do our best to bring more to our viewers, watch this space.

Be sure to join the friendliest and most helpful DJI Mavic Pro community on Facebook, click here to join!