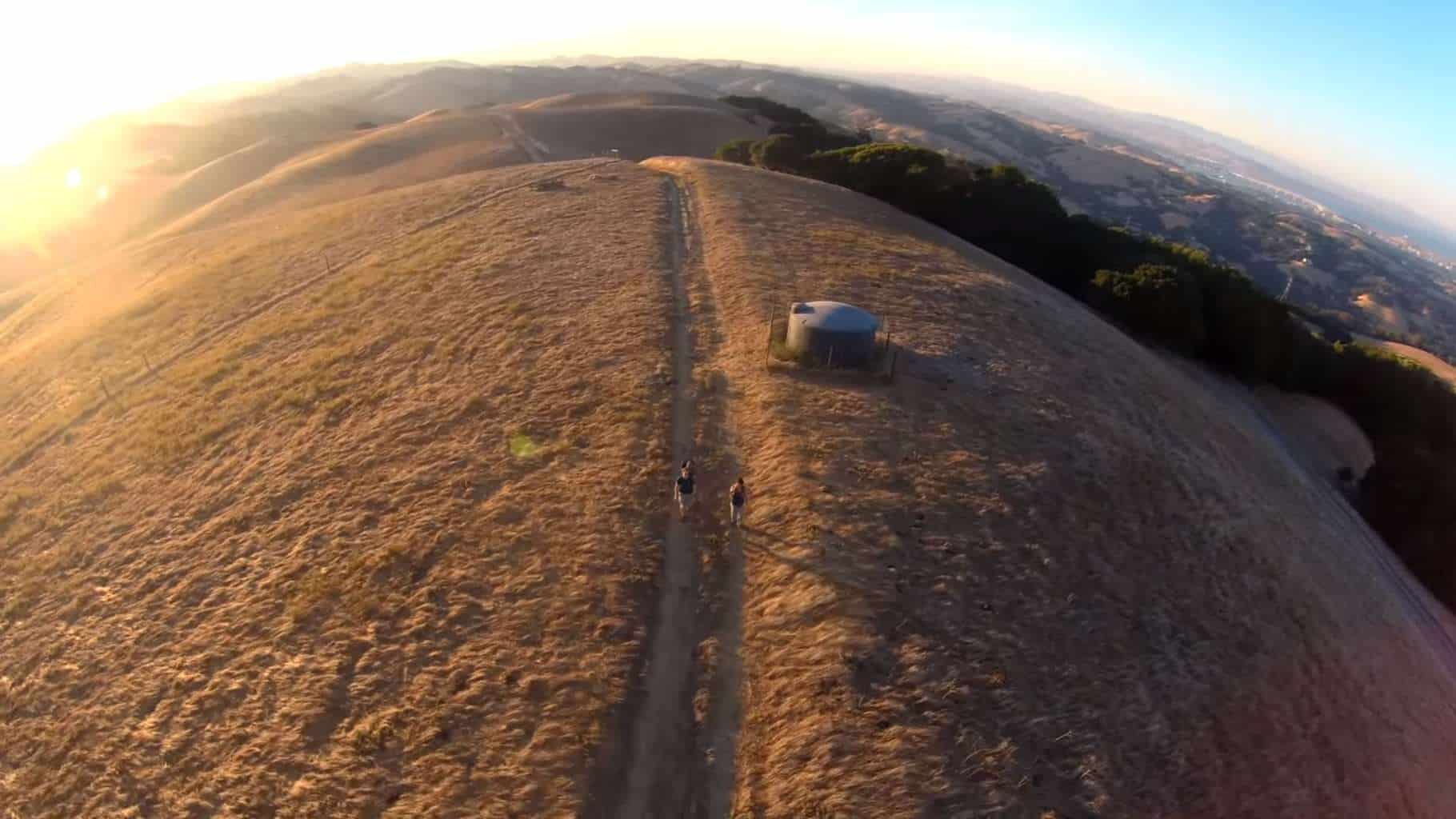 Lily have just released new ‘beta’ footage filmed with the pre-order Lily Drone, but some backers are disappointed with the video and DroningON has spotted some oddities.

Take a look at the new footage released just yesterday by Lily, distributed via YouTube and shared to their social media channels.

The footage is cute, pleasant and shows a family on a hike across the countryside. They pull out their $919/£700 portable Lily and launch it by hand to capture some aerial footage, but there are some details within this video which may worry those that have funded this drone pre-order project.

Whilst being handled by the male in the video and then launched with the camera rolling, the video footage is jerky and it is clear that no video stabilisation is enabled at this time, nor during landing either. However the aerial shots within the video clearly have stabilisation applied, evidenced by the warping and stretching artefacts associated with EIS – you can see this clearly if you look closely at the clip which starts from 6 seconds in, note the almost liquid effect of the scenery.

The hope from Lily’s customers will be that the stabilisation for the aerial shots was not applied in post-editing, but the inconsistency between the quality and stability of the launch/landing and aerial shots does raise an eyebrow.

There are three possible scenarios to explain the above, they are as follows:

Analysis of stills from the video clearly show the Lily drone in shot for the launch and during landing, captured in the reflection of the testers sunglasses (despite the landing footage being cut very short).

But during the aerial shots, the clips have been cut short prior to any ground shadows of the aircraft being visible, there is therefore no opportunity to verify that it is indeed Lily in the air capturing the shots.

Lily could avoid any doubt by releasing a beta video which show-cases parallel video feeds, one from the ground and one from the air, all seamless, without cuts and edits or post-editing.

Comparison of the launch/landing footage vs the aerial shots shows a possible difference in frame-rate although stabilised footage can give the impression of a higher rate.

The beta footage was uploaded to YouTube at a resolution of 1080p @ 29.970fps but only the aerial clips look to be at the upper end of of that rate, Lily is (according to the promo video) capable of 60fps and hope to see evidence of this via beta footage soon.

Worryingly the Lily footage has a very low bitrate of only 3,613kb/s, as a comparison a Phantom 3 shooting at the same resolution would create video with over 10x the bitrate, approximately 30,000kb/s. With a low bitrate, fast moving action is reduced in quality and detail.

When showcasing footage for a new product, the manufacturer would obviously want to showcase it at its best, especially when the audience is growing impatient due to numerous delays, we therefore hope that Lily is capable of a far higher bitrate than this, otherwise for action shots where the drone is capturing excessive movement, there will be substantial artefacting and loss of detail.

Lily is also limited to 1080p resolution, far behind its new competitors which boast 4k and higher frame-rates at the lower resolution options.

There is quite an unexpected high level of fisheye-effect within the latest beta video, this provides an unpleasant viewing experience for scenic shots and it is extremely noticible when the horizon is visible.

Assuming that the hardware has now been manufactured including the camera lens, it is unlikely that this can be improved other than electronically but that would involve further warping the image and/or cropping which reduces resolution.

Lily tell us that they have an enthusiastic group of beta testers chosen amongst the various pre-order customers, but those featured in these beta videos still appear to be anonymous and unknown. Within the various Facebook groups, those selected as beta testers are frustrated at a lack of interaction as one writes:

[perfectpullquote align=”full” cite=”” link=”” color=”” class=”” size=””]”I’ve been a very pro Lily guy. Admin on this board and 15+months into funding Lily…in a Lily program [that] I can’t talk about (and have yet to participate in so nothing I could say anyway!)….or receive email responses (2 non-responses in the last month. And I’m told I was among a select few in this program, yay me!)….and starting to get a bit antsy.”, Facebook User of the Lily Fandom Group[/perfectpullquote]

So who are the family in this latest beta test video, are they a legitimate backer or are they (excluding the child) on the Lily payroll.

One of the biggest selling points for Lily is its waterproofed design, it is said to be capable of literally landing and taking-off from water without the internal electronics being affected, but at this time deep into beta testing and approaching the theoretical shipping date, there is no evidence of Lily getting wet during testing.

During the promotional video, a prototype was shown being thrown into the water and then launching itself.

If anything can go wrong with a waterproofed drone, it will be its waterproofing and seal and so we are desperate to see that Lily can indeed not only float but also survive immersion and live to fly again.

Firstly, having absorbed the above analysis, watch the latest beta footage again and let us have your comments at the bottom of this page.

Lily is becoming a troubled campaign with refund requests increasing and a shipping schedule which is likely to extend again.

There are still many questions around the technical design as well, a fixed internally battery within a waterproofed and sealed shell means for short single flights, long recharging intervals and a big problem when the battery inside hits its end-of-life (LiPo batteries can only be recharged a specific number of times before they struggle to hold charge) and need replacing at cost to the owner.

With its asking price of $919 (£700) Lily is no longer competitive, particularly with the cheaper but fully featured new Yuneec Breeze, ZeroTech Dobby and the new DJI Mavic Drone entering the market and offering more functionality, besides the waterproofing, but also 4k video and tracking features which don’t require an attached tracking bracelet.

Lily offer a full refund up until the time of shipping, unfortunately our advice at this time is to make use of that facility now whilst the company is still capable of offering this. Lily is looking a long way away from what customers loved in its promotional video.

Are you a Lily pre-order customer? If so, comment below with your thoughts and also be sure to join the DroningON Discussion Group to chat with other Lily customers.