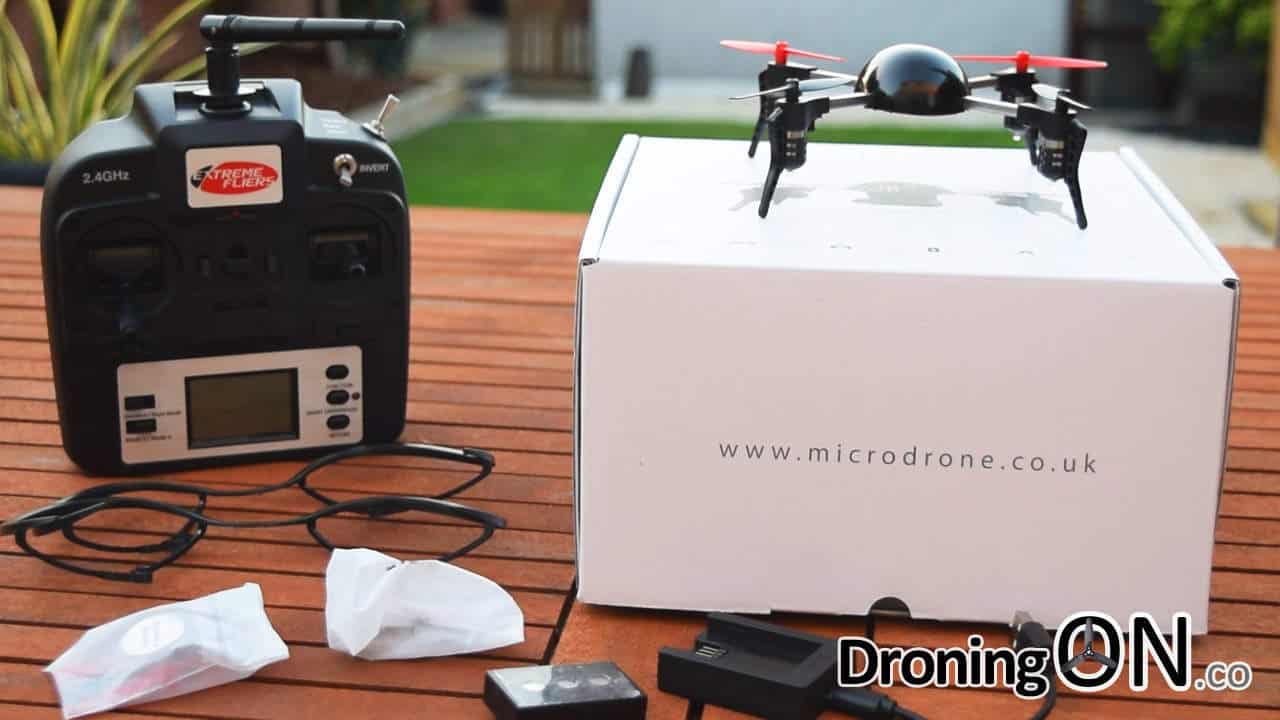 In December 2015, Extreme Fliers launched the ‘Micro Drone 3.0’ crowd-funder, just this past month they have updated the original design and we’ve managed to get our hands on one for review and we’re unofficially calling it ‘Micro Drone 3.1’!

Back in February, we gave the original Micro Drone 3.0 a thorough test and review, now watch our updated Micro Drone 3.1 review below for full details of the improvements that have been made:

Backers and regular customers have generally been impressed with Micro Drone 3.0 but it has suffered from a number of teething problems.

But Extreme Fliers are demonstrating agile design by releasing an updated version of the original build which has a selecction of improvements which address the most common complaints.

It is unclear just how or if this new design will be offered to existing owners of the first generation design, but Extreme Fliers have hinted towards an ‘upgrade offer’ of some sort and have already published an ‘upgraded’ chassis on their shop site, priced at $55/£61.

The changes/improvements in detail are as follows:

There is unfortunately no positive news concerning improvements to the fulfillment process itself, this will frustrate backers whom are still yet to receive anything at all. The mythical ‘gimbal perk’ is also yet to reveal itself and Extreme Fliers are being pushed to release a demonstration video to show that it actually even exists and functions.

There is however one benefit to being a late receiver of MD3, those backers will get the latest and improved version, therefore the delay actually becomes a bonus, but impatience is setting in for some backers.

Be sure to subscribe to our YouTube channel for the latest updates on Micro Drone 3.0 (3.1) as well as Part 2 of this review.

You can see our original review of Micro Drone 3.0 below (apologies for the poor audio quality):

Are you a Micro Drone backer? What do you think of the above improvements? Comment below and also join the DroningON Discussion Group.