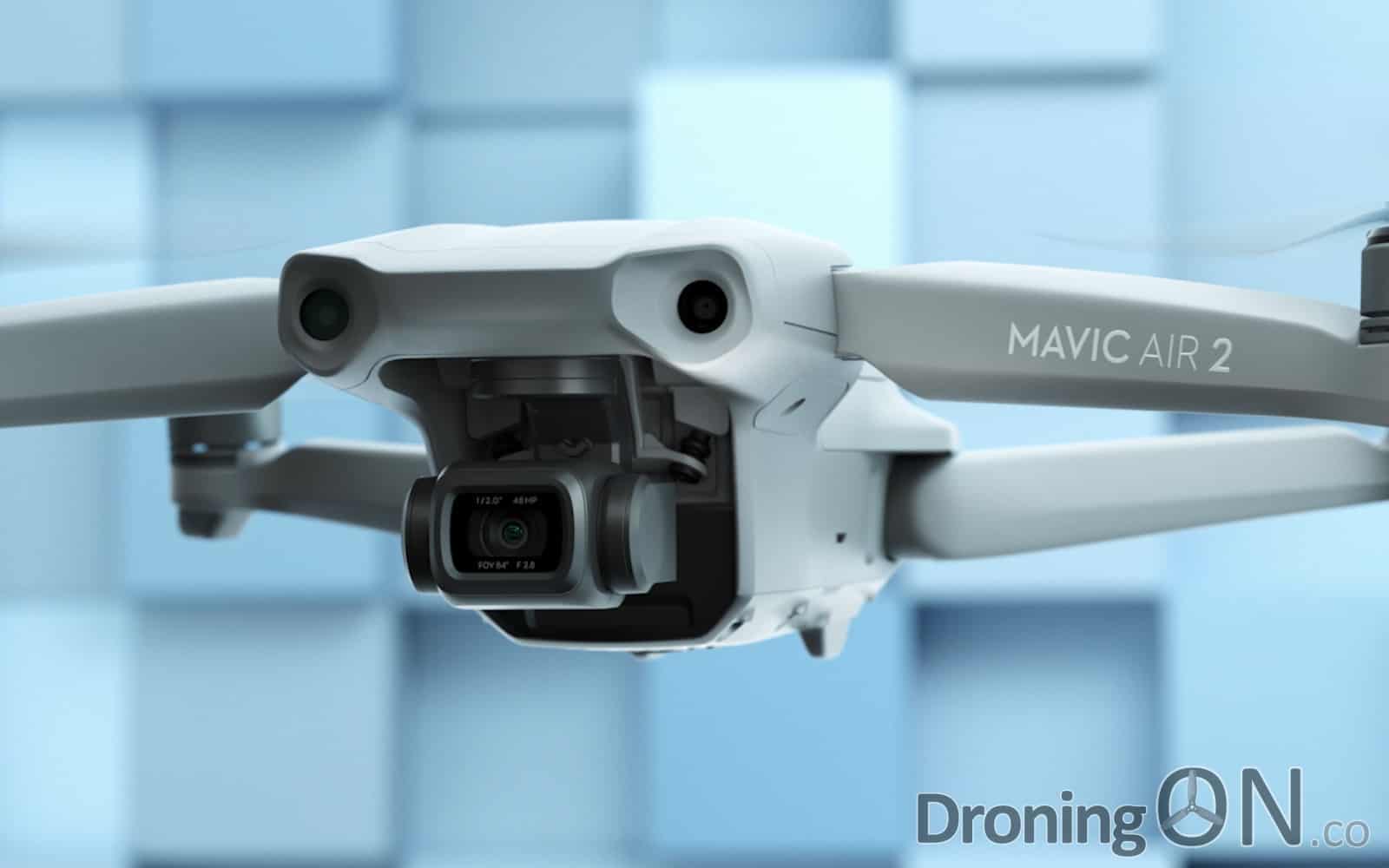 DJI has just launched their latest drone, the DJI Mavic Air 2, successor to the popular mid-range DJI Mavic Air, but equipped with a specification which almost knocks the flag-ship DJI Mavic 2 off it’s podium.

As with every DJI launch event, the past weeks have been filled with leaked photos, videos and specifications, whether intentional or not we don’t know but the specifications have impressed most.

Weighing in at 570g the new DJI Mavic Air 2 is slightly heavier than the original DJI Mavic Air (430g), in addition it’s shape, style and size isn’t as compact, but the capabilities far outweigh those considerations, especially by the fact that the Mavic Air 2 is not a WiFi-only drone.

The DJI Mavic Air 2 boasts an array of ground-breaking features which make it one of the most desirable drones in the market. Among these technological break-throughs are the following headlines.

In addition, the Mavic Air 2 also offers incredible 240fps at 1080p which opens up excellent opportunities for slow-motion action sports.

The inbuilt Quad Bayer filter provides the ability to shoot photos and videos in HDR. The DJI Mavic Air 2 offers a collection of HDR features consisting of HDR video, panorama, and photos with more dynamic footage.

The new compact mechanically stabilised camera of the DJI Mavic Air 2 allows the operator to shoot photos with high dynamic range and up to 48 megapixels, this equates to 6000×3000 pixels!

The DJI Mavic Air 2 inherits the reliable OcuSync 2.0 video transmission from Mavic 2 and improves the technology even further, featuring 2.4/5.8 GHz auto-switching to cut through interference and providing a live stream from the drone in up to 1080p. DJI has optimized algorithms and protocols to cut interference and signal fading more than ever.

OcuSync 2.0 also supports image transmission with H.265 encoding for a smoother and higher-quality image under the same bandwidth. Significant improvement in transmission quality and one of the biggest reasons for someone to upgrade from the original Mavic Air.

For legal reasons, the drone must remain within line of sight and that users should always follow local rules and regulations

The DJI Mavic Air 2 offers an amazing 34 minutes of flight time, a dramatic increase compared to the original Mavic Air. (Drone flight time is increased when the drone is in motion vs. while hovering) making it DJI’s longest flight time across their consumer drone range.

Coming directly from our top-tier DJI Mavic 2 lines, the new DJI Mavic Air 2 supports the same advanced Hyperlapse mode to capture the passing of time in a unique way.

DJI Mavic Air 2 is DJI’s first consumer drone designed to include AirSense technology, which provides enhanced safety by warning drone pilots of other aircraft nearby. The worldwide coronavirus pandemic has created supply chain issues out of DJI’s control.

As a result, DJI Mavic Air 2 will initially be available in two versions, one with AirSense receivers and one without. The version with AirSense will be sold in the United States, where the FAA has implemented the strongest ADS-B requirements for airplanes and helicopters. The non-AirSense version will be sold in other countries, where far fewer
airplanes and helicopters are required to transmit ADS-B signals.

You can see more about the new DJI Mavic Air 2 drone via the DJI website here. Alternatively take a look at the DroningON review series for this brand new product.