FuriBee are on a roll with new racing quad models arriving by the week, the Stormer 220 is their latest offering, an F4 equipped quad with average power-train but featuring OSD, buzzer and LED strip.

FuriBee racing quads have been a little hit-and-miss recently, plagued with quality control issues and occasional inconsistent technical specification, although generally we have been impressed.

The latest model is a budget 220-class racing quad with a fairly decent specification, although lacking in the power department with given a 4s, we suspect that it would come to life with a 5s.

Ours arrived with the Serial RX misconfigured on UART 6 instead of UART 1, our video review shows the fix on how to solve this. 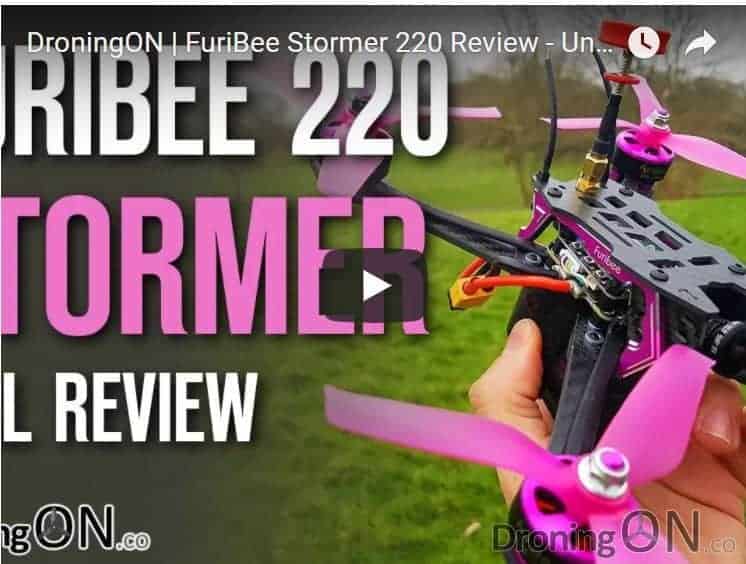 The FuriBee Stormer 220 and the FuriBee DarkMax 220 are both available to buy from GearBest via the following links:

The full technical specification for this drone is as follows, based on their current published technical information: