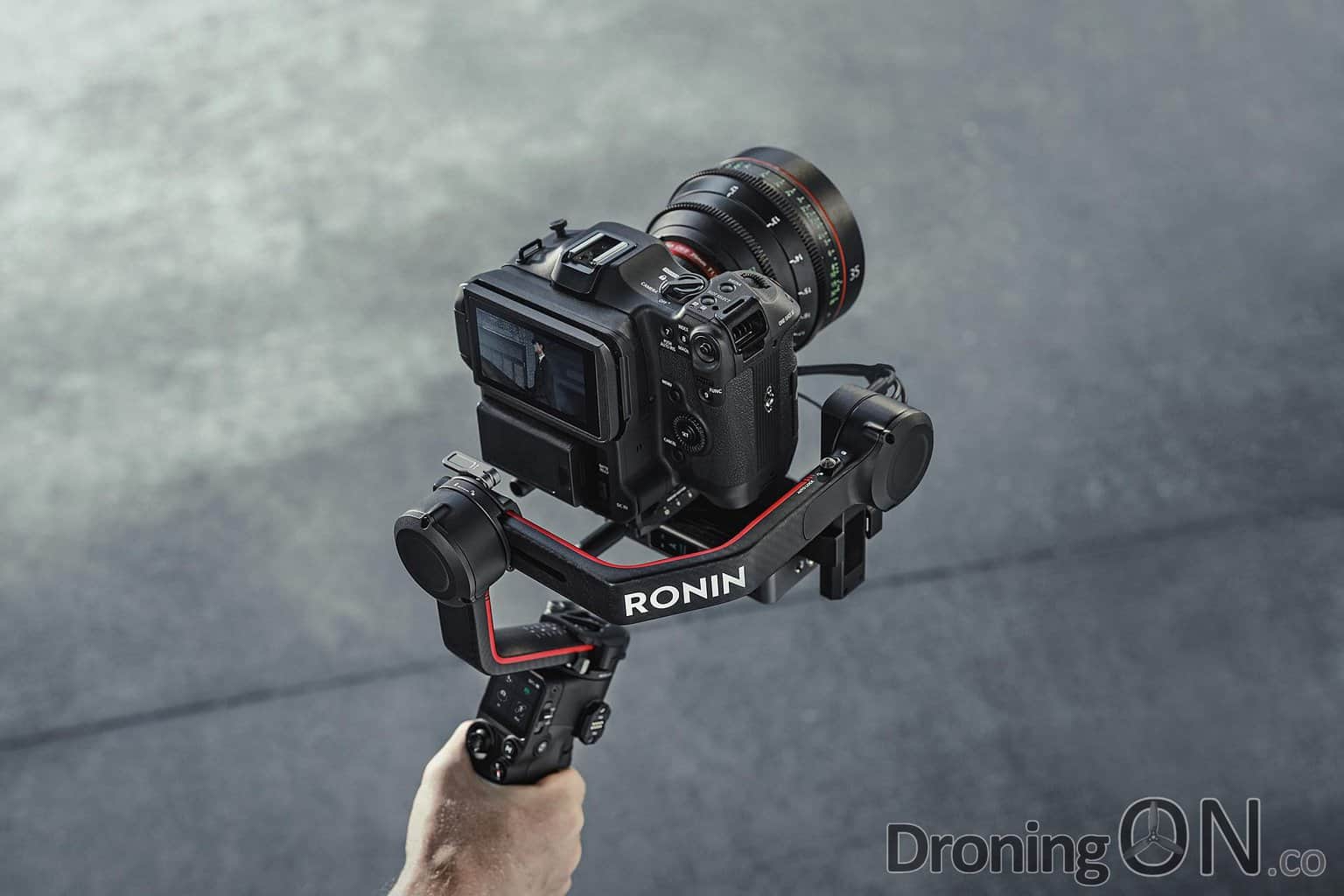 DJI has officially released the RS 3 Pro, alongside the RS 3 (which, somewhat confusingly, is in fact not a replacement for the previous RS 2, but rather for the RSC 2). Both gimbals feature design updates including an automatic axis-lock mechanism, larger 1.8 inch OLED touch screens and a dedicated hardware-switch for different gimbal modes. They both use dual-mode Bluetooth technology for wireless shutter control, eliminating the need for a camera-specific control cable. However, like before, not all cameras are supported by this feature.

With every detail, DJI RS 3 delivers a flexible and efficient shooting experience to solo creators and independent crews. Light and sleek, it provides professional stabilization and efficient control for more creative freedom and endless possibilities. DJI RS 3 is ready when you are.

The RS 3, with its smaller footprint and 3kg max capacity, is better suited for mirrorless cameras like the Sony A7S III or FX3, Panasonic GH6 or Canon EOS R5. The RS 3 Pro, meanwhile, supports a higher 4.5kg max payload and is aimed at users shooting on compact cinema cameras like the RED Komodo, Sony FX3 or Canon C70.

The payload itself remains unchanged from the RS 2. However, the arms have been extended in length which means you’ll be able to carry longer camera + lens setups without the need for counterweight balancing. This is a very welcome improvement as with the previous RS 2, my experience is that the camera would easily hit the roll axis motor with a front-heavy load like a heftier manual lens and focus motor attached. This makes balancing very cumbersome on set. The carbon-fibre construction of the arms themselves has also been improved over the RS 2, to decrease weight and increase durability.

Thankfully, DJI now includes an extended sliding baseplate in the box of the RS 3 Pro. Previously, you had to buy a custom one separately from a third-party manufacturer to get enough stability for heavier payloads. The included focus motor is also stronger, 50% quieter and has an improved quick-release mechanism.

In terms of ecosystem and accessories, DJI has made significant improvements and are now introducing technology first seen in the Ronin 4D cinema camera, to be used with the RS 3 Pro on set. These include a new, high end video transmission system and a much improved LiDAR camera module, both sold separately.

The LiDAR module replaces the Ronin Transmitter (previously called Raveneye) to provide a live feed to the Gimbal display. The LiDAR module also features the ActiveTrack Pro technology from the Ronin 4D, which provides far more powerful and accurate tracking compared to previously. Interestingly, the LiDAR can also be used with the camera and focus motor separated from the gimbal head, bringing autofocus capability to manual/cinema lenses even in hand held applications.

What makes the DJI RS 3 unique?

The most interesting feature/accessory for me though, is the new DJI Transmission system. It supports an impressive 6km of range (ideal conditions) and a 1080p/60fps ultra-low latency live feed. The transmitter can be attached right below the camera, to be powered directly by the gimbal. The signal is then sent to DJI’s matching 7 inch wireless remote monitor, which can be paired with the Ronin 4D handles to control gimbal movements and focusing. The remote monitor also supports motion control, meaning you can use gestures to control the gimbal head. You can even control the camera settings directly on the touch screen with supported Sony mirrorless cameras, using what DJI calls “Mirror control”.

This seems like a very powerful and flexible integrated solution for professional film sets, if the transmission system works as reliably as advertised. You’ll be able to mount the RS 3 Pro to a jib, crane or car rig and easily and intuitively have full gimbal and camera control directly on the remote monitor. All while maintaining class-leading signal range and reliability. And as the system supports multiple receivers, the director and 1st AC can have their own monitor(s) ons set. The DJI transmission system can also be used with the larger Ronin 2.

How does the DJI RS3 compare?

Should you buy the DJI RS 3?

DJI have made very welcome improvements to key / problem areas of their RS Gimbals. If I was looking at making my first gimbal purchase, I wouldn’t hesitate to get these over discounted last gen models.

But should existing gimbal owners upgrade to the new RS 3 Pro or RS 3? Well, depending on your camera setup the extended arms of the Pro model might be worth the price of admission alone. Especially as the cost and size of a Ronin 2 or Movi Pro are not an option for many solo creators.

For some crews, the ability to use the DJI Transmission system on set will also be a huge advantage and unfortunately it is not supported by the RS 2. Most of the existing ecosystem accessories from DJI and Tilta, like the different handles and power solutions, can still be used with the RS 3 Pro however.

If you have no problem balancing your camera on the RS 2 / RSC 2 and don’t see yourself investing in the new Transmission System or LiDAR module (both quite expensive), I wouldn’t bother.

If you want to see the previous RS 2 in action, here’s a video I shot using it and the Sony FX6 + Zeiss optics.

Björn is a cinematographer & commercial drone pilot, based on the west coast of Sweden.
Visit website