UPDATE 15/05/17: Preorder is back on! DJI have just announced their first set of FPV Goggles, a first-person view system that opens up the sky, giving drone pilots a seamless bird’s eye view of the world in full HD. And it even works with your XBox or PlayStation games console! 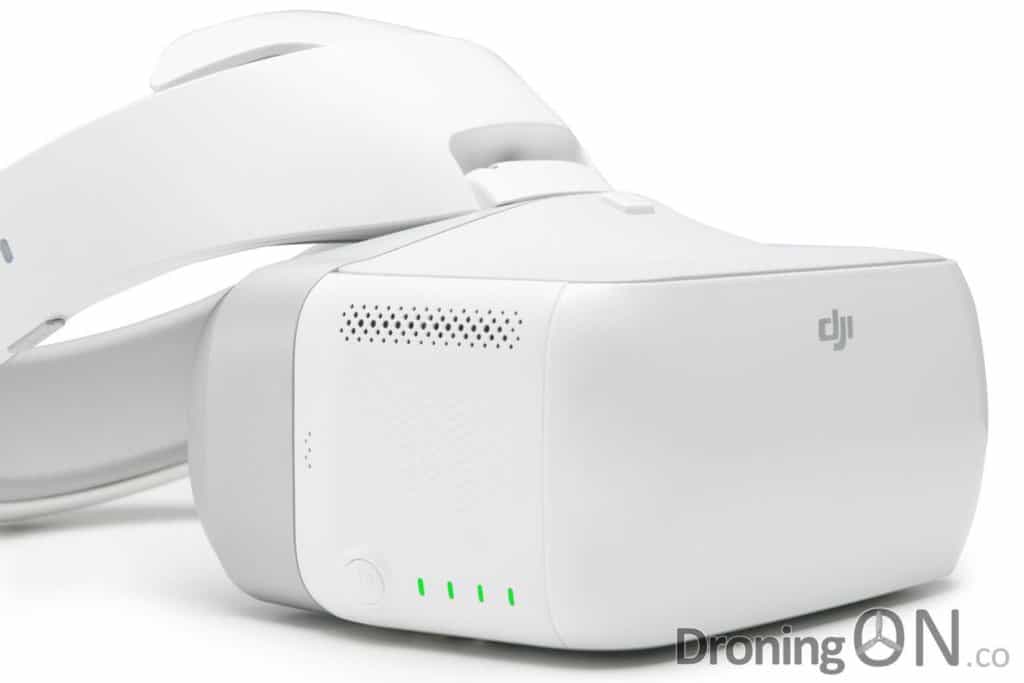 Fly and control from a pilot perspective…

Originally rumoured to be available in parallel to the launch of the DJI Mavic Pro back in 2016, the DJI FPV Goggles have finally been launched at a VIP event held in Las Vegas.

The Goggles combines a pair of large ultra-high-quality screens, long-range and low-latency wireless connectivity, and direct control of photo and video capture. Operators using a Mavic Pro or Phantom 4 series drone can also access many intelligent flight features using a touchpad on the side of the visor.

The DJI Goggles are compatible with the following products:

Unfortunately Phantom 3 owners will not be able to benefit from this new product despite there being no clear reasoning other than to push consumers to upgrade to newer drones.

[perfectpullquote align=”full” cite=”” link=”” color=”” class=”” size=””]”DJI pilots deserve a first-person viewing experience with the same quality, power, and performance they have come to expect from our aerial platforms. We fully expect that they will be thrilled with the fun and immersive experience of flying with our Goggles .”. Paul Pan, DJI’s Senior Product Manager.[/perfectpullquote]

For Mavic Pro owners, these Goggles do not simply relay the image shown on the tablet as the headset incorporates its own OcuSync receiver which bypasses the controller to minimise latency and lag. As such, the goggles are capable of 720p at 60fps and 1080p at 30fps with a latency claimed to be as low as 110ms. As an added bonus, up to two sets of goggles can be connected to the aircraft.

An unexpected feature is ‘Head Tracking’, the capability to control the aircraft yaw by simply rotating your head, this can be used for solo piloting or just for camera gimbal control whilst someone else pilots the aircraft via transmitter.

A hinged design allows the pilot to fold the Goggles upwards and out of the way without having to remove the headset entirely, this will be of great benefit when bringing the aircraft in to land for which most pilots would prefer LOS (line of sight).

One of the press/media photographs shown above shows two teenagers using the Goggles whilst playing on what would appear to be a Sony Playstation, the website specification confirms that the headset is compatible with other HDMI devices which may also interest the growing HD-FPV via systems such as Connex.

With a battery life per recharge of around six hours, the Goggles pack plenty power. Retailing at $449 in the USA and £499 in the UK, the Goggles are not cheap but the experience for the pilot may be worth the outlay.

Where to buy the DJI Goggles…

DJI initially listed the new Goggles via their website but within hours the pre-order stock became unavailable.

Check the following links for current stock and pricing, the links will take you directly to the product page:

Be sure to join the DroningON Discussion Group for the latest news, reviews and exclusives from the drone industry.