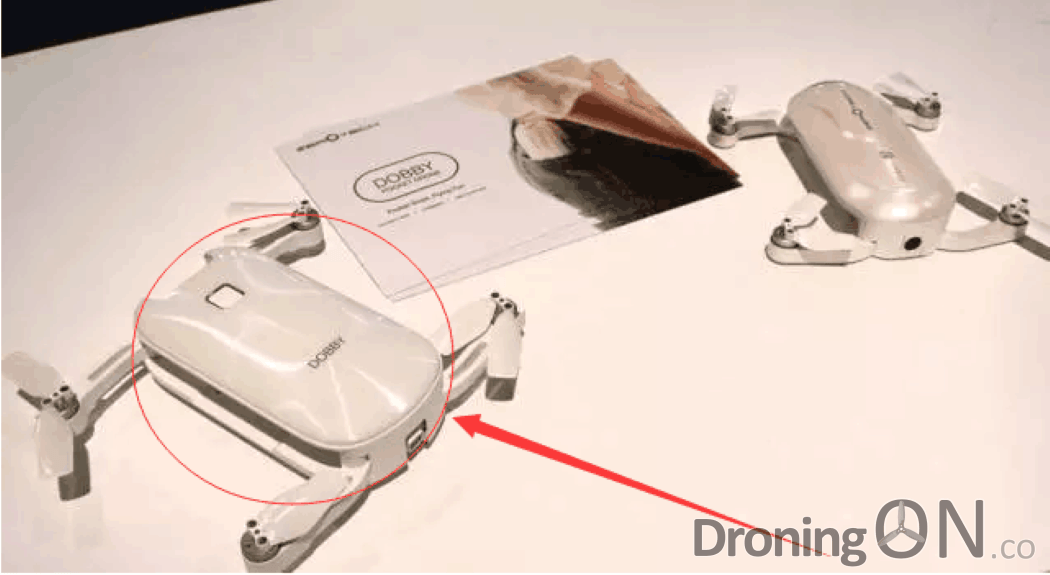 The Dobby drone from ZeroTech has been one of the most successful micro-scale autonomous video/photo drones, the manufacturer has just today announced that an additional model is arriving in June this year, nicknamed the ‘Dobby-AI’.

We reported on Dobby during its initial launch and following on from the majority success of the first version, ZeroTech have just announced via Facebook that a new model is on its way.

Due to be released in June 2017, little is known about the next Dobby other than the nickname ‘Dobby-AI’. Initial imagery of the model would appear to show some basic improvements. One such feature potentially looks to be a motorised camera tilt, functionality which was sorely missed from the first version. We have contacted ZeroTech to obtain a full specification and feature list of improvements.

The accompanying text posted by ZeroTech does not clearly describe  the improvements but the wording does give an suggestion of faster CPU processing plus additional sensors to give Dobby v2 a better awareness of surroundings.

[perfectpullquote align=”full” cite=”” link=”” color=”” class=”” size=””]New Generation: Zerotech Dobby-AI Rumours Will Be Released In June, Also With Palm-sized, The Whole Weight Is About Equal To One iPhone6 Plus. Zerotech Dobby-AI With A Fully Programmable Xilinx Zynq® SoC Chip, Not Only Can Achieve Important Analysis And Hardware Acceleration, Also Highly Integrated CPU, DSP, ASSP, And Mixed-signal Capabilities On A Single Device. It Gives Dobby The Ability To Perceive The Surroundings, Understand The Owner’s Intentions, And Help The#ZerotechDobby To Ensure Endurance And Stability.[/perfectpullquote]

We asked Tony Zhong from ZeroTech for additional information, the new model was confirmed but also that it will not replace ‘Dobby 2’ but instead will be an accompanying additional model with experimental AI functionality.

[perfectpullquote align=”full” cite=”” link=”” color=”” class=”” size=””]”We will have DOBBY 2 but this is DOBBY AI. We are cooperating with AI tech company to demo the elevated tracking based on AI technology like skeleton recognition and tracking.”, Tony Zhong, ZeroTech.[/perfectpullquote]

The first version of Dobby managed to remain a leader in micro-scale autonomous drones despite growing competition from drones such as the Wingsland S6, but the first release did have its issues and occasional flyaway episodes.

We look forward to the next version of Dobby and can guarantee that it will be one to watch.

Where to buy ZeroTech Dobby?

You can buy the original ZeroTech Dobby from the following retailers: [BangGood] [HobbyWow] [GearBest]

Be sure to join the DroningON Discussion Group for the latest in drone news, reviews, interviews and exclusives!