Woman Steals ‘Drone’, Lies To Police But The Quadcopter Is Recording Everything 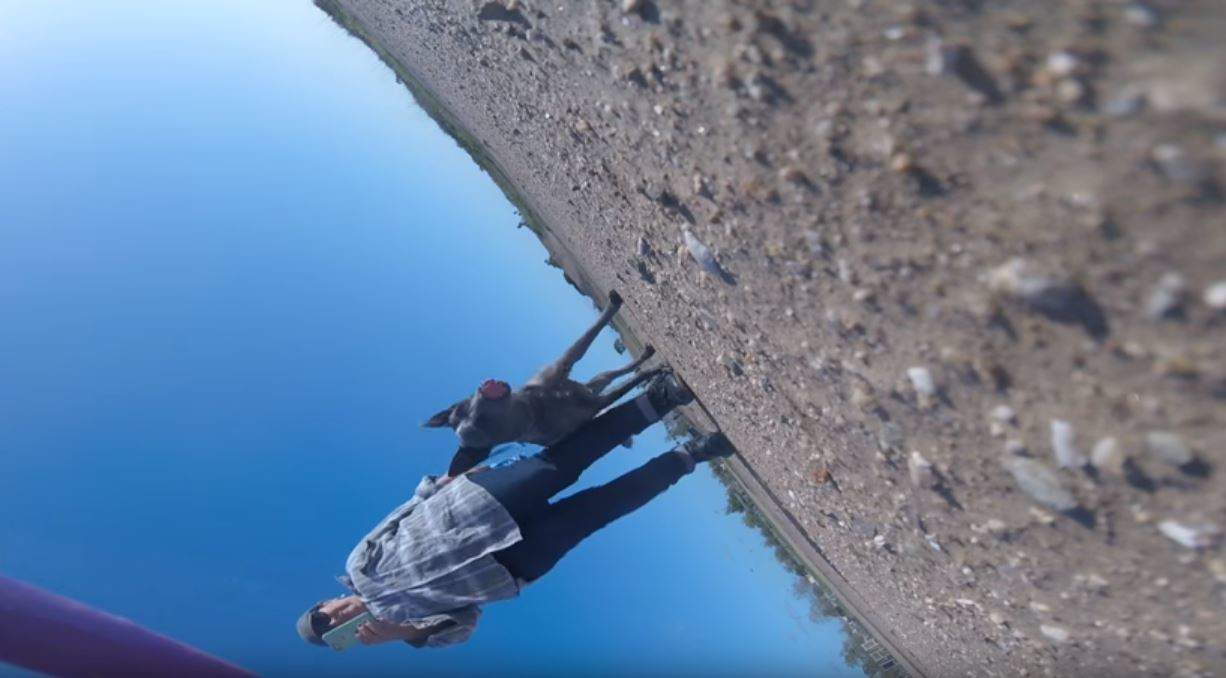 Drone pilots have been given a hard time by the press and media, this new video featuring ‘Lisa Manfredi’ has just emerged and demonstrates the impact of that bad press on the ‘general public’.

A group of racing quadcopter pilots in Southern California were shocked and stunned as one of their quadcopters is carried away under the shirt of a lady whom had claimed that the aircraft had almost hit her and her dog. However the would-be victim was unaware that the camera fitted to the racing quadcopter was filming the entire time, capturing the full extent of her lies.

The woman, unofficially identified as Lisa Manfredi also from California, is barely the size of a pixel on the horizon, well over 100ft away as the quadcopter impacts the ground due to a loss of signal from the pilot’s transmitter, this ‘fail-safe’ is designed to act in this way to avoid a fly-away scenario, cutting the power to the engines and letting it drop to the ground.

Shortly after touch-down, the woman is seen approaching the grounded quadcopter, immediately recording a short video on her mobile phone stating “this drone almost wiped me and my dog out just now”, despite her being almost entirely out of sight as the quadcopter landed.

Almost immediately, she hides the quadcopter under her shirt and is heard asking her partner for details of the local park ranger, her partner then suggests dropping the quadcopter “into a trash can” but she responds stating that she’ll take the property to the next “park meeting”.

As the pilots approach the woman, she initially denies knowledge of the stolen quadcopter but soon confesses to the crime and refuses to hand the property back to the pilots.

She launches a tirade of abuse and offensive comments towards the pilots, threatening to sue them for the “near wipeout” whilst walking back towards her car within the park area, becoming more hysterical and even threatening to “kill” if any of the pilots approach her again.

As she approaches a Police Officer, she states that the “quadcopter landed less than 4ft away” from her, she then becomes fairly unstable and emotional, prompting the Officer to ask her to step back and calm down. He retrieves the quadcopter from the lady and then passes it back to the pilot.

Following discussion between the Officer and the pilot, the Officer is happy and confident that the pilots had committed no crime and he allowed the pilots to leave without further action.

Lisa Manfredi lists several community awards on her LinkedIn profile including ‘Costa Mesa Sanitary District Environment Excellence Award’, ‘Green Up Our Schools Award’ and more, Manfredi even stood for the local ‘School Board’ and yet the behaviour that she displays during this incident is simply disgusting.

As this video demonstrates, the distortion by the media of this sport/hobby is provoking some to take drastic, unethical and immoral actions against RC pilots and it is only due to the onboard video that the truth was revealed for this incident.

Be sure to comment below with your thoughts and also join the discussion via our Facebook group.

Watch the video in full below: