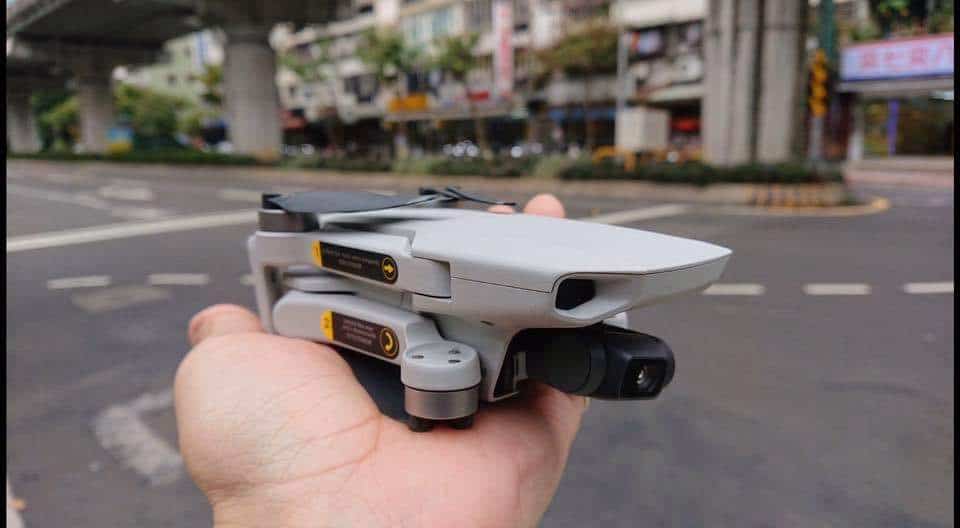 With just a few days before DJI are speculated to announce their DJI Mavic Mini super-lightweight folding drone, the photo and specification leaks are arriving on an hourly basis.

NewEgg has just breached their DJI pre-release embargo by accidentally publishing a product listing which tells us for certain of the specification for this new mini drone. There is of course a theory that DJI intentionally push retailers to ‘leak’ such information in order to build hype.

Before now, there has not been a legitimate leak for the specifications of this new product and any figures suggested have been pure guesswork, but we finally have some confirmed detail for the capabilities of this tiny drone, it is hard not to be impressed.

In addition to this product listing there have been a number of imagery leaks today, all of which have unknown sources but have most likely originated either from DJI intentionally, or from pre-release beta testers.

The photos appear to show a charging unit included in the Fly More Combo bundle which will multi-charge three batteries in parallel. In addition, the text on the drone itself suggests that the aircraft will be powered by Lithium Ion batteries instead of the more common Lithium Polymer.

The benefit of Ion instead of Polymer is tolerance to cold, therefore the Mavic Mini will be far more capable of flying in colder climates.

Bookmark www.dji-mavic.com now and be one of the first to see the launch event and trailer, LIVE!

Watch this space for the latest news, be sure to bookmark www.dji-mavic.com to see the trailer and launch event LIVE.