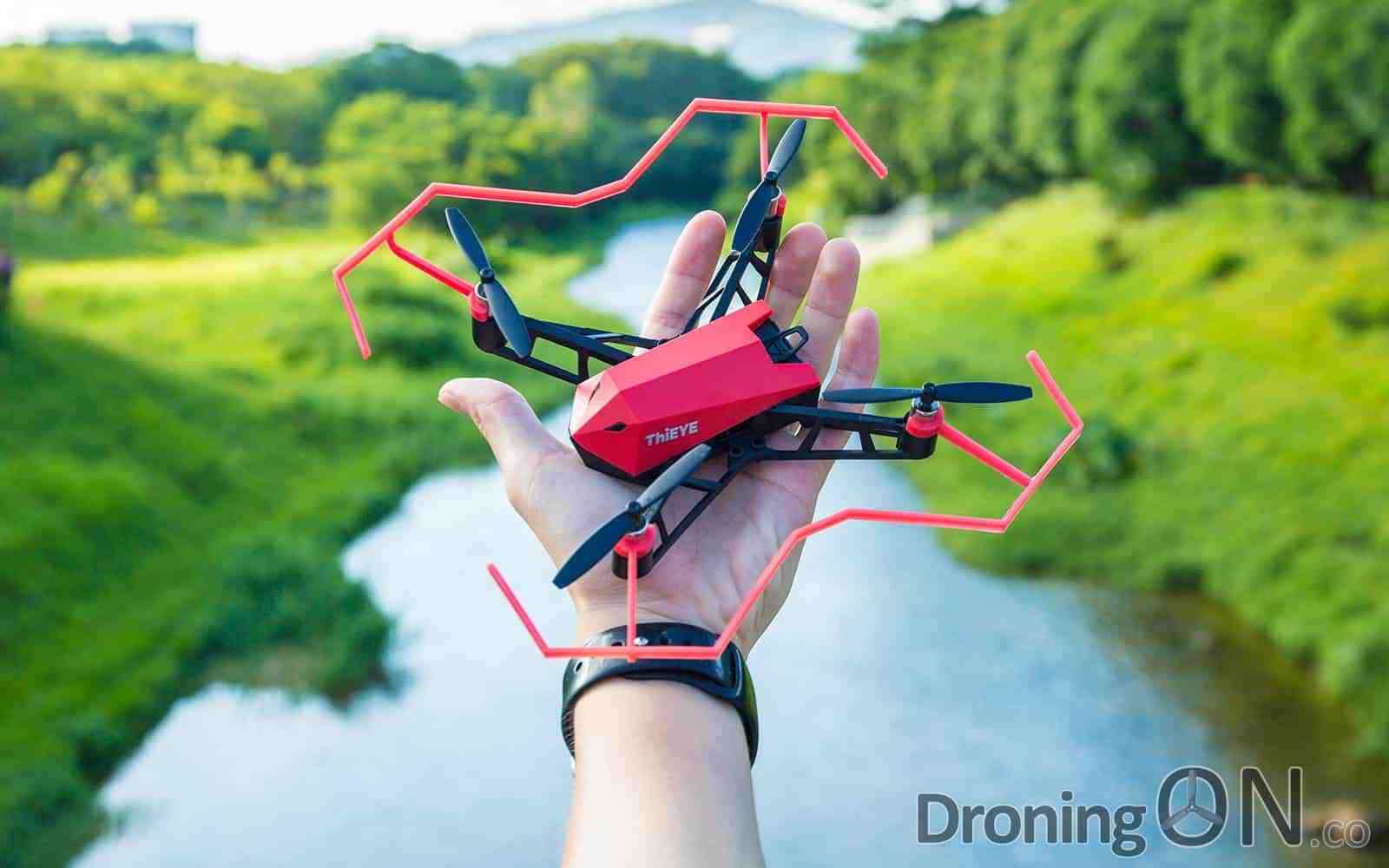 In 2017 we reported on the disasterous ‘Kudrone’ IndieGoGo crowdfund campaign, during which we predicted that the drone would be a failure. Unfortunately for the backers, we were right but the remnants of this failed project have reappeared as ThiEye Dr X.

But the plot thickens, ThiEye have been approaching reviewers such as DroningON with the offer of reviewing their new drone, but the offer carries a sting in the tail. The reviewer must first buy the drone via Amazon and leave a 5* review, otherwise they will not receive a refund.

Such practices are verging on fraudulent because some eager reviewers, keen to build their channels, may accept the offer and consequently leave a misleading and false review for future consumers of ThiEye products.

The similarities between Kudrone and the ‘Dr X’ drone from ThiEye are striking, not only is the base specification the same, but even the weight matches at a precise 85g.

The battery capacity matches at 650mAh, as do even the dimensions and size specifications. The only key difference is the lack of a 4K resolution option for the ThiEye drone, although Kudrone was only capable of 15fps at this resolution and consequently this is perhaps why it was excluded under the ThiEye configuration.

The app that both drones use is also the same, the interface and controls are identical, therefore they are very likely to have simply been rebranded slightly.

During the Kudrone IndieGoGo campaign, many underhand tactics were used to trick backers into investing, videos were published to provide optimism while it was clear to specialists that the videos were not captured by a camera attached to a drone, but instead were merely mobile phone footage.