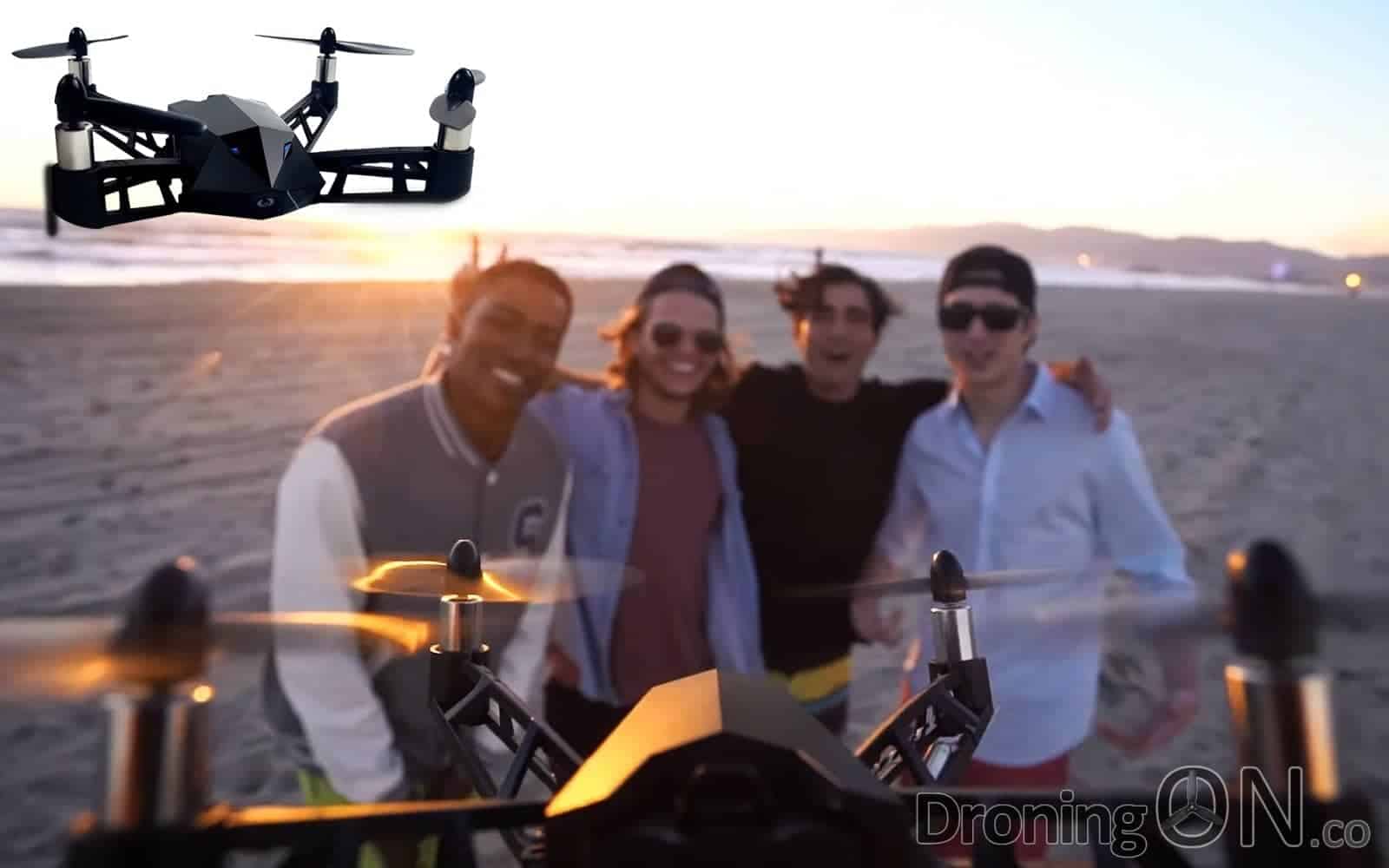 Another IndieGoGo storm has erupted over the $109 ‘Kudrone’, a nano-drone said to incorporate GPS, 4K camera, ‘Follow Me’ and more. But following the release of footage stated to be a ‘sample’, we have even more doubts around the sincerity of this project.

After watching the above promotional video. memories of Pocket Drone, Zano, OnagoFly and Lily should come flooding back into the minds of IndieGoGo and Kickstarter backers, but backers of drone projects seem to refuse to accept that these two platforms generally breed failure.

The first technical concern relates to flight time, the campaign page boasts 8 minutes  which in our experience is virtually impossible with a mere 1s 650mAh battery which is also having to power a dual GPS (as the campaign page claims both GPS and GLONASS are equipped), 4K camera, WiFi access point, IO for SD card storage, compass, gyro, accelerometer and a number of associated CPUs for processing.

Kudrone released a hover demo on the 28th March showing the drone hovering for approximately 8 minutes but this hovering was performed indoor (no GPS utilisation), without capturing video (no writing to SD card) and consequently the drone was not shown to be under load.

The listing on IndieGoGo also shows three references from satisfied customers, yet there is not at this time a finished product and so such references can only be fictional.

It will come as no surprise to those familiar with OnagoFly to hear that marketing company ‘RainFactory‘ are working with Kudrone on their marketing and PR efforts.

Kudrone, managed by a Chinese (Fuzhou) based company named Ruiven, have promised to bring to market a full and feature packed mini drone with a delivery date aligned with SelFly, July 2017.

Kudrone are not shy either in comparing their first ever product to the market leader, the DJI Mavic Pro, via a matrix on the crowd-funding page, within which they attempt to suggest that Kudrone is capable of everything that the Mavic Pro is, but more.

Scan the specifications of Kudrone and nowhere is it stated that 4K video is only capable at 15 fps (frames per second). Fortunately a backer posed this question to Kudrone and confirmation was given.

4K video captured at such a low frame-rate is painful to watch, juddery and virtually unusable. Take a look at this sample video for a demonstration – this footage was captured using a GoPro set to 4K @ 15 fps.

Kudrone released an unlisted YouTube video last week named ‘Kudrone Video FPV’, backers were led to believe that this video was sample footage straight from the Kudrone but this video confirms our doubts around the sincerity of the project team responsible for this crowd-funder.

There are a number of points for concern in relation to this video:

It is therefore highly unlikely that this footage is from the end-product and instead is more likely to be mobile phone footage.

At this time, only one video has been released which shows Kudrone flying via app control, but nothing more.

With not a single full demonstration of Kudrone available to backers or prospective customers, it is a worrying sign that the campaign is listed as a ‘Prototype’, which according to IndieGoGo means the following:

Kudrone will not ship without certification…

The IndieGoGo listing states that Kudrone has already received CE, FCC and RoHS certification, despite there being no finished product.

It is indeed possible to achieve certification with technical components alone, but Kudrone have not fully demonstrated any working components or product at this time.

We searched the Federal Communications Commission website and could not find a listing for Kudrone, suggesting therefore that their claim to have already achieved FCC certification is a fabrication.

Without FCC or CE certification, Kudrone may struggle to be shipped to countries where customs will reject products without suitable accreditation.

Kudrone is already being sold elsewhere…

Crowd-funding platforms are for products which need a development boost, for innovative and creative minds where financial backing is not present.

Kudrone however would appear to already be selling their product on a wholesale distribution website, suggesting that the product already exists although still no demo is available.

With a brand name of ‘Kudolo’, this drone is being marketed with samples available at $249, the lead-time stated is 45-60 days.

Kudrone will deliver, but it won’t work…

Just a few weeks ago, SelFly smashed its funding target despite a specification which they will struggle to deliver, especially in their committed 3 month time-frame (to deliver in June/July). And even if it does ship, it is unlikely to perform as promised.

Kudrone is no different although it is more likely to ship due to the cheaper Chinese manufacturing/production market, but equally more likely to disappoint. Once again, IndieGoGo and Kickstarter are failing to be accountable for the campaigns that they promote by ignoring clear signs of false advertising.

The campaign page quotes the following from the Kudrone project team, the intention we suspect is to reassure potential backers:

[perfectpullquote align=”full” cite=”” link=”” color=”” class=”” size=””]”Kudrone is the product of an almost decade-old team with a background in bringing intelligent hardware and mobile-compatible products to the masses at an affordable price. We felt that it was time someone connected the bridge between affordable drones and high-quality tech. We proudly present Kudrone.” Kudrone via IndieGoGo[/perfectpullquote]

After reviewing the content of this article, we hope that some doubt is cast over the sincerity of this statement from the Kudrone team. Zano (Torquing Robotics), LVL 1 (CyPhy Inc) and OnagoFly all proved that experience is not enough when attempting to bring a drone to market.

If you are a Kudrone backer or you were considering an investment, please comment below with your thoughts and be sure to SHARE this article.

Be sure to join the DroningON Discussion Group for Kudrone help, advice and technical questions. DroningON was founded to help and assist backers of drone-related projects and we have been doing just that for the past year.