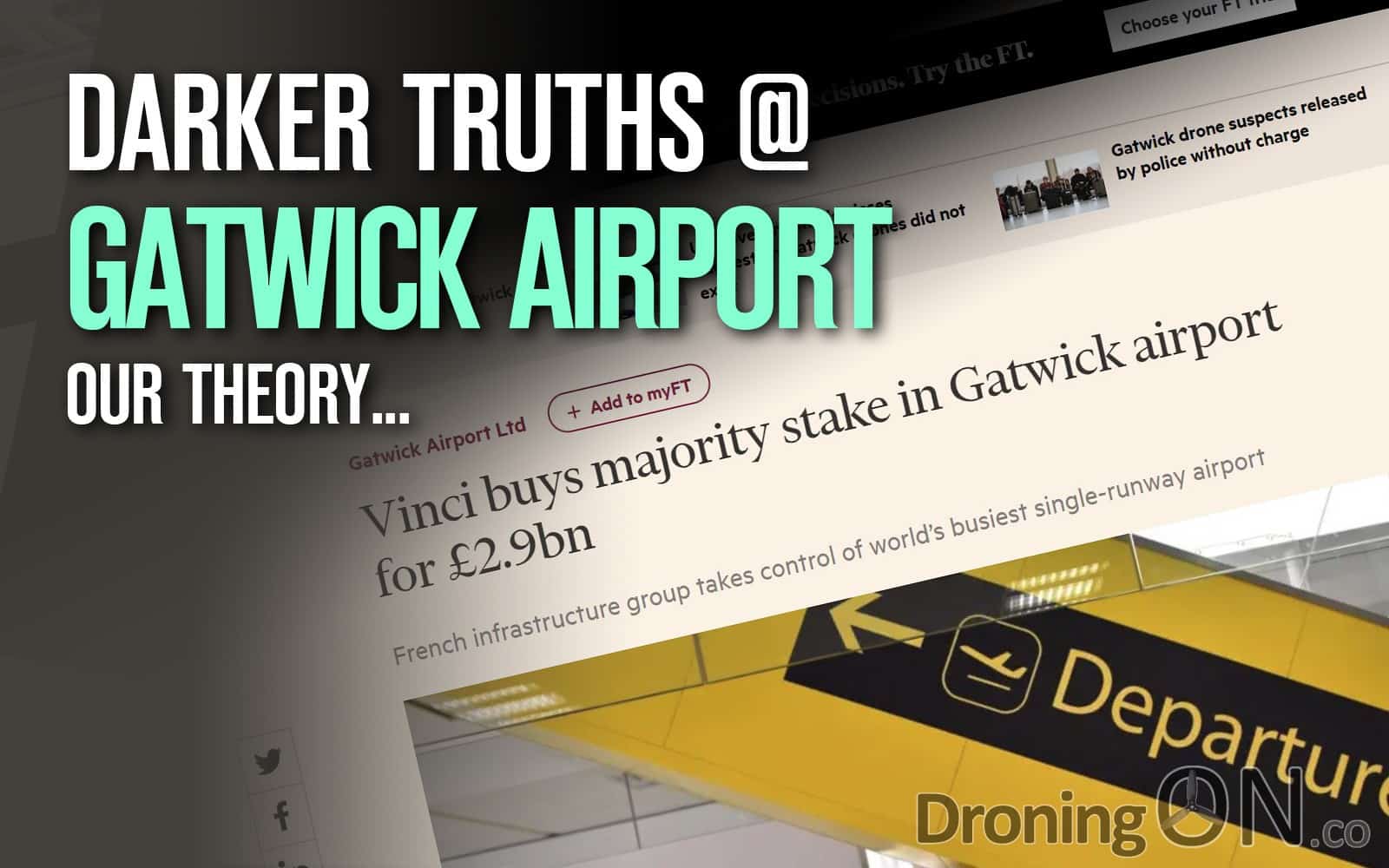 Yesterday it was announced that a controlling share of Gatwick Airport was being acquired by Vinci Group, the news arrives just days after the apparent end of the ‘Drone Incident’, but are the two events related in order to devalue Gatwick or halt the sale?

Speculation is growing as to the real story behind the Gatwick Airport ‘drone’ incident with theories include eco-warriors protesting about expansion of the airport, major systems failures and more, but our theory is deeper and relates to a possible relationship with the acquisition by Vinci, the value of the airport and feelings of the airport management and employees.

Be sure to SUBSCRIBE to our YouTube channel for the latest news, reviews and exclusives from the drone industry, in the meantime enjoy the video below:

Vinci Airports, who own and control over 46 airports internationally, and has just announced the majority purchase of 50.01% of Gatwick Airport shares.

Their purchase coincides with the tail-end of the recent ‘drone incident’ which prompted the cancellation or redirection of over 1,000 flights just before the Christmas break.

Inconvenienced Gatwick customers, press, media and the drone community have growing frustration at a lack of information being provided by the Police, the airport, NATS and the CAA. Minimal facts and evidence have been made public and there has been no follow-up on elements such as the damaged drone which was discovered on the airport perimeter.

It is important for the press, media and maybe Police to consider a possible relationship between these events in order to provide justice for those inconvenienced by the 1,000’s of flights cancelled or redirected during those three days.