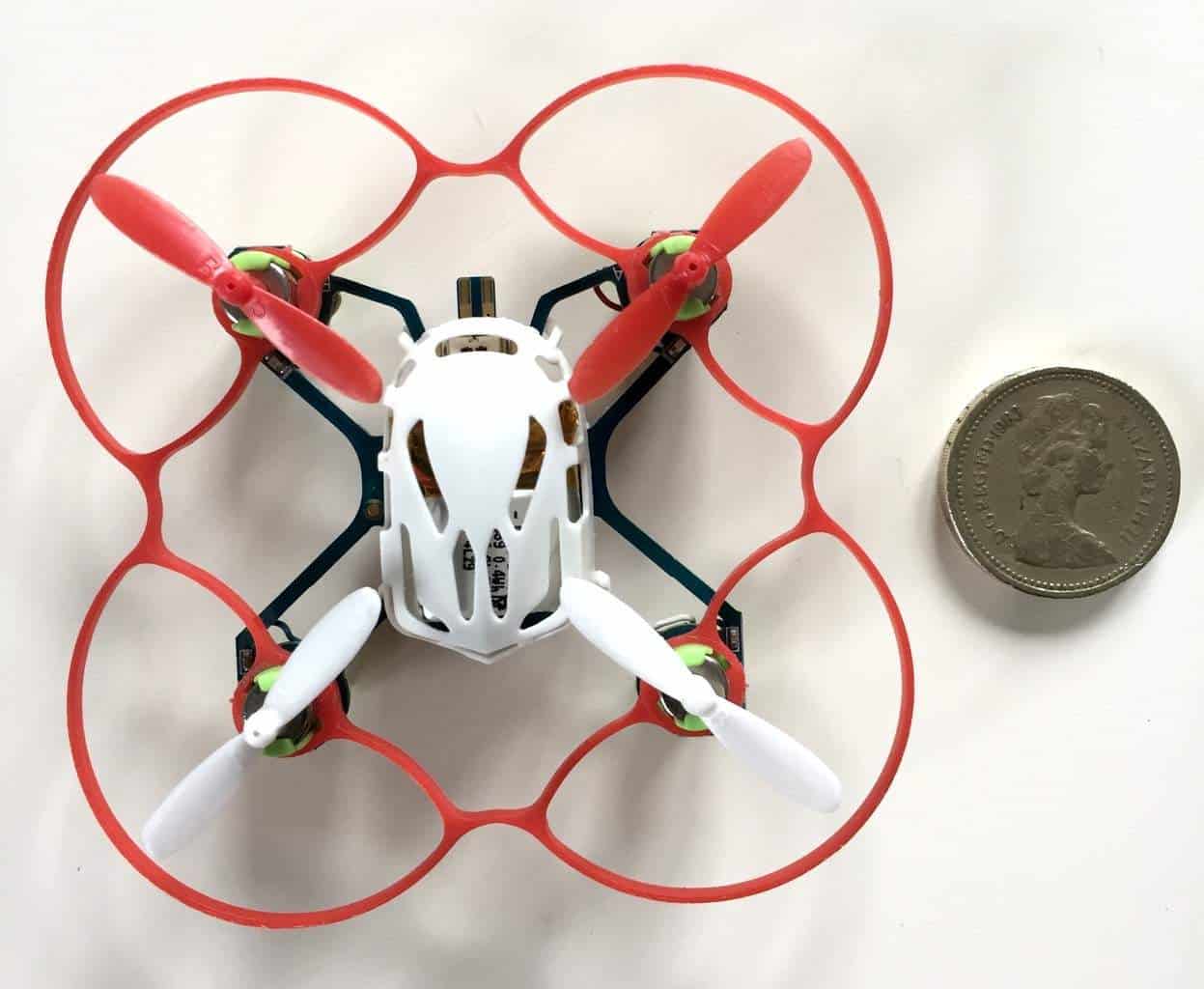 A user submitted review of the Hubsan Q4 Nano Quadcopter, retailing at less than £20 ($28) on Amazon this mini quadcopter is great value and according to the user, great fun too!

I have been interested in RC models for some time, I race 1/10th scale short course trucks and touring cars at my local Sevenoaks Model Car Club together with my two sons.  More recently, I have entered the world of Quadcopters.

My first purchase was the Hubsan Q4 Nano Quadcopter.  It is a perfect introduction to quads for a novice pilot.

What’s in the box…

Virtually everything you need to get airborne is included, except for two AAA batteries.  So, you get the quadcopter itself, removable 100mah lipo battery, the transmitter/radio, a USB charging cable (no wall plug, but this is fairly standard), a detailed and easy to understand instruction booklet, and two sets of props.  I would recommend that you also buy some prop guards, additional props and spare batteries, all of which are readily available online and cheap to buy.

The first step is to fully charge the quadcopter, which took around 10 minutes, simply by connecting into my laptop.  This will give you around 5 minutes of flight time, hence my suggestion to buy spare batteries. Batteries for this quadcopter cost very little online and are very simple to change by simply opening the body of the quad, unplugging the battery and gently prising it off the PCB (it’s just attached with a small sticky pad).

The next step is to calibrate the transmitter/radio, this is straight forward and can be done in two different ways.  ‘Mode 1’ has the right, self-centering stick as the throttle/aileron and the left, non-centering stick as the elevator/rudder.  I find ‘Mode 2’ easier, where the stick configuration is the reverse and also the same standard configuration I have experienced with other Quads.

Is it any good…

There are three different sensitivity levels, selected by pressing the right stick.  I would recommend the lowest sensitivity (one press) initially until you get the hang of it.  Having never flown a quad prior to this, even within one battery’s worth of flight time, I was confidently piloting it around my living room.  The props are easy to bend, but can often just be straightened by hand.  The prop-guard is definitely worth buying to avoid breaking props and is also very cheap.  The quad is fairly durable, my 5 year old has repeated smacked it into the ceiling, with minimal damage (the occasional prop).  My 10 year old has picked it up very quickly and can fly it better than  I can now!

There are front and rear lights, red and blue, which help with keeping track of its orientation and also make it fun to fly in low light.

Given a large indoor space, or if outside on a dead calm day, changing the sensitivity to maximum is great fun.  It is initially difficult to control as the slightest movement of the sticks has a much more dramatic effect than you’ll be used to.  It is quick and the instruction booklet tells you how to perform flips, which given a bit of practice is more than achievable.

A year since my purchase and the quad is still going strong.  I did unfortunately burn out one of the motors, but replacements can be purchased cheaply online and are fairly easy, if rather delicate, to solder on a new one.

Overall, I highly recommend the Hubsan Q4 as an introduction to quadcopters for both adults and children.  If buying/using with children then I would suggest that a prop guard is a must.  Despite the small size of the Q4 you can hurt yourself, as I demonstrated by accidentally flying the thing into my own face, resulting in a couple of very minor cuts.

You can buy the Hubsan Q4 on Amazon by clicking here.