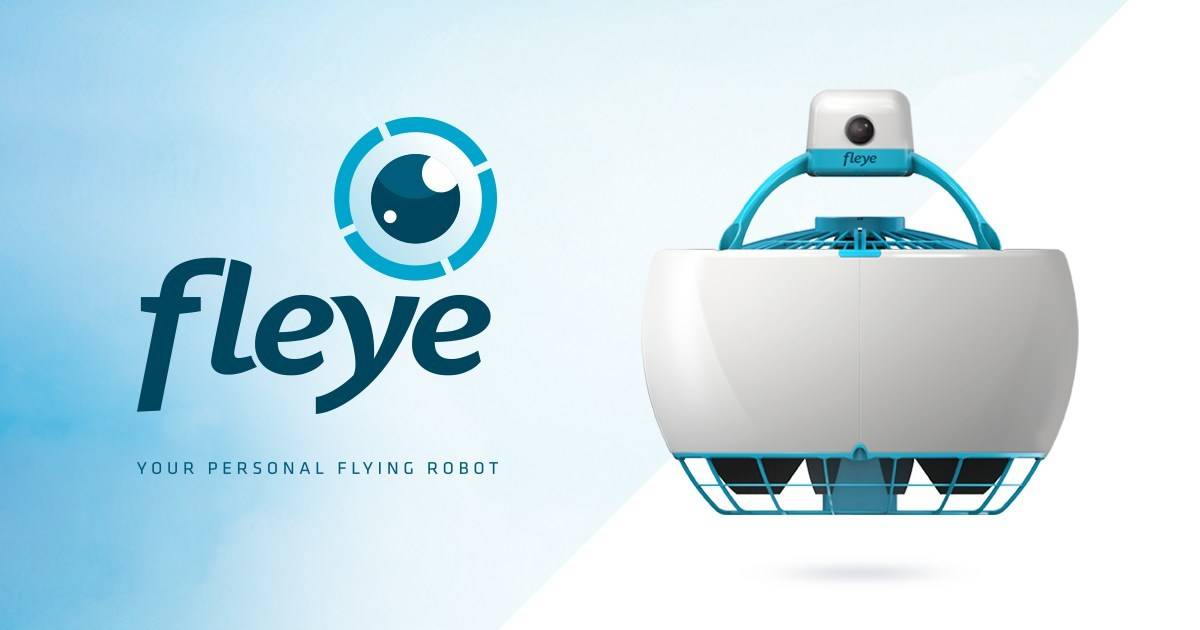 Fleye was an interesting proposition as a new drone, safe and simple with an open SDK, but unfortunately the manufacturer has just cancelled their Kickstarter campaign due to a lack of additional investment.

Propositioned as a new ‘safe’ drone due to the shrouding of its rotor, Fleye was looking to be a new type of consumer aircraft, powered by autonomous flight with minimal user interaction via a basic app.

[perfectpullquote align=”full” cite=”” link=”” color=”” class=”” size=””]”Not satisfied with current drone design, we went back to the drawing board and have invented a spherical flying machine that is safe, simple to use and autonomous.”, Fleye[/perfectpullquote]

Despite managing to double its Kickstarter target of €175,000 (reaching €314,080), the project management team behind Fleye have cited an inability to secure additional funds as being the cause for the cancellation.

Past failed projects such as Zano and Pocket Drone utilised extensive backer funds through the course of their project, this resulted in minimal funds being available for refund following failure of the respective projects.

In a statement released on Kickstarter, Fleye explain fully:

[perfectpullquote align=”full” cite=”” link=”” color=”” class=”” size=””]”The reason of this sudden news is simple: we haven’t been able to secure additional funding that was required to sustain and grow our company. Although the Kickstarter was covering our initial production costs (tooling & first batch), we also needed additional capital to cover the team salaries, the growth of the team (sales, support) and future R&D”.[/perfectpullquote]

The newly competitive nature of the drone market has also played a role in the reason for the failure, as explained:

[perfectpullquote align=”full” cite=”” link=”” color=”” class=”” size=””]”It is a fact that the drone business is becoming extremely competitive and requires a lot of investment in R&D and manufacturing capabilities to build a sustainable long-term business. We failed to convince new investors, despites a successful campaign on Kickstarter, raising 300k€ and being amongst the 1% most funded project on Kickstarter.”[/perfectpullquote]

A key concern with Kickstarter and crowdfund failures is the question around refunds and whether or not backers will be able to retrieve their pledged funds. Fleye at this time would appear to be managing the situation transparently and honestly, as they go on to explain in their update:

[perfectpullquote align=”full” cite=”” link=”” color=”” class=”” size=””]”Anticipating the challenge of post-campaign fundraising, we had decided, together with The Faktory, to “park” the Kickstarter funds on a separate account, with the plan to use these funds to finance our cash flow of production, once we would have secured a proper Serie A funding round. Which unfortunately we haven’t been able to do.

We are thus in a position to cancel the project, to reimburse all the backers and maybe find another path forward. There could be ways of pivoting, especially looking at niche industrial applications where the form factor of Fleye would bring some benefits, or through licensing of the technology.

We are working out the details of the refund process, and will be sharing those with you soon. In the meanwhile, we remain available via email to [email protected] and in the comments section below to answer all your questions.”[/perfectpullquote]

Backers are disappointed but have responded to the news fairly positively, largely due to the transparent and honest nature of the news and next steps presented by Fleye.

Time will tell as to whether or not Fleye honour their promise to refund all customers, but the failure of this campaign is yet another illustration of the risk for crowd-funded campaigns.

One positive in the failure of this specific project is that Kickstarter are involved as an intermediatory and will step in to assist with backer specific issues, whilst other campaigns for Lily, Snap and Staaker are direct with the manufacturer, a far more risky proposition.

Departing from the usual ‘quad’ style design, Fleye utilised a fairly clever ball design  with just a single rotor encapsulated within for safety. Together with an array of sensors including downward facing sonar, fleye was app controlled and capable of shots such as pan, selfie and hover, as well as manual control capability via on-screen joysticks.

[perfectpullquote align=”full” cite=”” link=”” color=”” class=”” size=””]”Fleye is a whole new kind of drone. Safe, fun and autonomous. Invent the future of flying robots thanks to its open API and SDK.”, Fleye[/perfectpullquote]

You can read the full statement from Fleye via the Kickstarter page, we will report on the latest as and when reported.